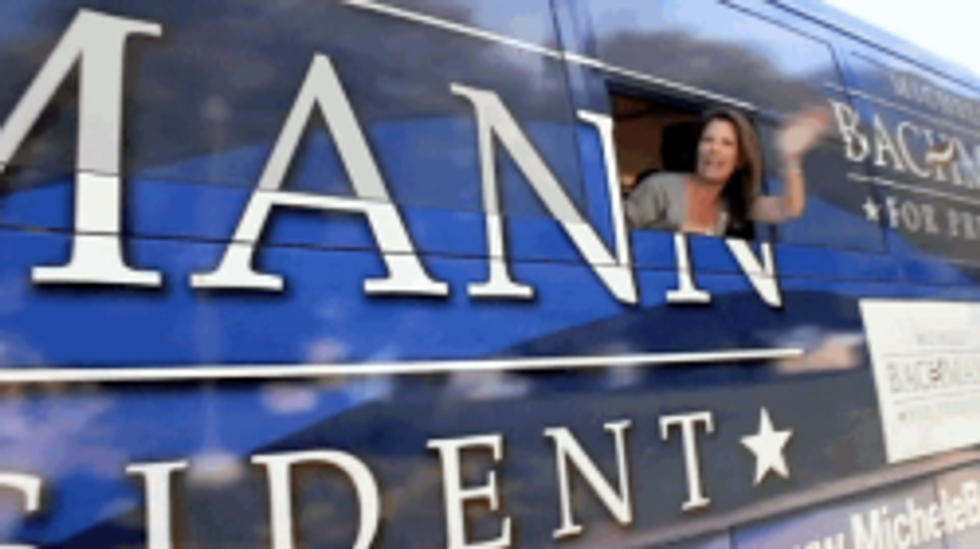 NEW YORK—Hi good morning! Did you also stay awake until 3am last night to learn who 0.04% of the American population considers the preferable Republican candidate? No? Well good for you! Because boy did we just feel like a bunch of jerks for staying up like this was Florida 2000 or something. And it wasn't even close! Because Romney cleaned Santorum's clock by a staggering eight votes, fullyseven more than it took George Bush to beat Al Gore in 2000's Supreme Court election. Eight votes! That breaks down to something like 12% of the total number of ballots cast in Tuesday night's contest. This thing wasn't even close!

Romney snagged thirteen of Iowa's delegates last night, while the remaining twelve went to Rick Santorum, leaving Ron "We're All Austrians Now" Paul—who finished a strong third with 21% of the vote—not a single delegate to take to Tampa. Now do you see? This is why the Fed shouldn't control interest rates!!

So what does this all add up to in the money game? Oof, well: Rick Santorum spent merely $1.65 per vote compared to Romney's $113 apiece, both of which were markedly less than Rick Perry's whopping $817 per vote (related: Mr. Perry will be taking his ball and going home now thank you very much).

And some polls were taken! Rick Santorum has already enjoyed a bump in New Hampshire according to a CNN snap poll, jumping from 5% to 10% in the overnights.

And voters across the country must have been paying attention last night, since as Ari Melber points out at The Nation 'Rick Santorum' also surged to the top of the Google Trends list, and remains there this morning. The good news for Santorum here is that people were searching for 'Rick Santorum'—which returns pages from his campaign website as the only above-the-fold hits—as opposed to just 'Santorum'—which, well, we all know where that leads.

Oh and some other polls were taken! Totally meaningless ones that made our collective heads explode! Because leave it to US News—which, wait, how is this thing still in our Google Reader?!—to take care of the Very Pressing Business of asking a bunch of GOP insiders who they expect to see joining the ticket with (presumptive?) nominee Mitt Romney later this year. The list? John Thune (ok, sure), Chris Christie (obviously), Marco Rubio (very calculated!), and (wait for it...) Condoleezza Rice!!

So the circus heads to New Hampshire now, where John McCain will be endorsing Mitt Romney later today. (And we think Mitt might want to keep that one under wraps? Just a hunch!)

We have very little to report this morning from elsewhere in the world, because apparently nothing else happened in the world that was nearly as important as the fourteen people who cast votes last night in Iowa. But! It's worth paying attention to Richard Berner, the White House's nominee for the new Office of Financial Research established by Dodd-Frank, because we're likely going to see a replay of Richard Cordray's blocked nomination to head the Consumer Financial Protection Bureau, when Republicans decided to block his nomination not so much because they disliked him but because they disliked the agency he'd be heading that oh by the way *they'd already voted to establish in the first place when Dodd-Frank was passed seriously now what's the matter with you guys.