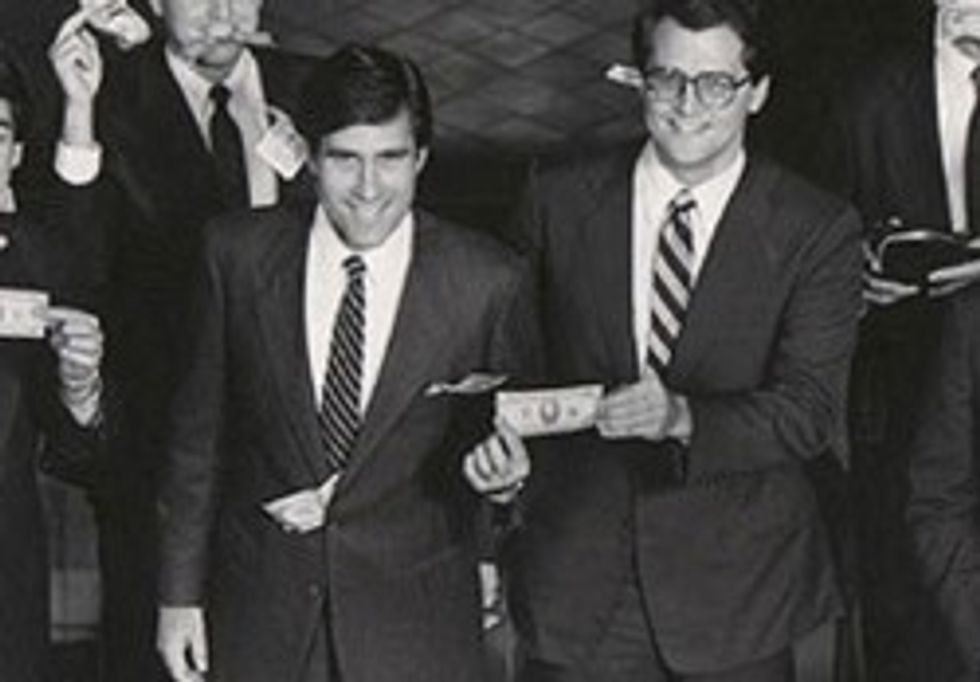 Have you been paying attention to the controversy caused by the Washington Post’s article on Mitt Romney’s venture capitalism firm Bain Capital? Probably not because you, like so many other Americans,can’t stand reading about Mitt Romney due to his general awfulness. So your Wonkette will fill you in on the details: what happened was that Tom Hamburger of the Washington Post wrote a story last week about Bain Capital and how it invested companies that created jobs in places like India and China and Singapore while creatively destroying jobs in the U.S. The Romney campaign reacted by demanding that the Washington Post retract the article, because Mitt is a JOB CREATOR and deserves unquestioning fealty. Sadly, the Post did not agree.

A spokesperson for The Washington Post said Wednesday the newspaper would not be retracting a controversial report about Mitt Romney's tenure at Bain Capital despite a request from the candidate’s campaign. The announcement came after members of Romney’s staff met with senior editors in Washington on Wednesday afternoon to ask them to withdraw the article.

“We will not be issuing a retraction," Post communications director Kris Coratti said, adding she could not discuss additional details of the meeting.

The Romney campaign has declined to comment on the matter.

After that, the Romney campaign, whose candidate is nothing if not a paragon of truthfulness, took to the airwaves to complain that the article was “misleading”: apparently, offshoring and outsourcing are actually different processes through which American workers lose their jobs. This is something that Romney would know about since he spent time in the “real world” and can read a balance sheet.

“This is a fundamentally flawed story that does not differentiate between domestic outsourcing versus offshoring nor versus work done overseas to support U.S. exports," said Romney spokeswoman Andrea Saul in a statement. "Mitt Romney spent 25 years in the real world economy so he understands why jobs come and they go. As president, he will implement policies that make it easier and more attractive for companies to create jobs here at home. President Obama's attacks on profit and job creators make it less attractive to create jobs in the U.S.”

Then the campaign wrote a response to the article that it wanted retracted, which Jennifer Rubin was kind enough to include in its entirety in her column, because she is a Journalist. We look forward to updating you on the Romney campaign’s continued petulance on this matter going forward.