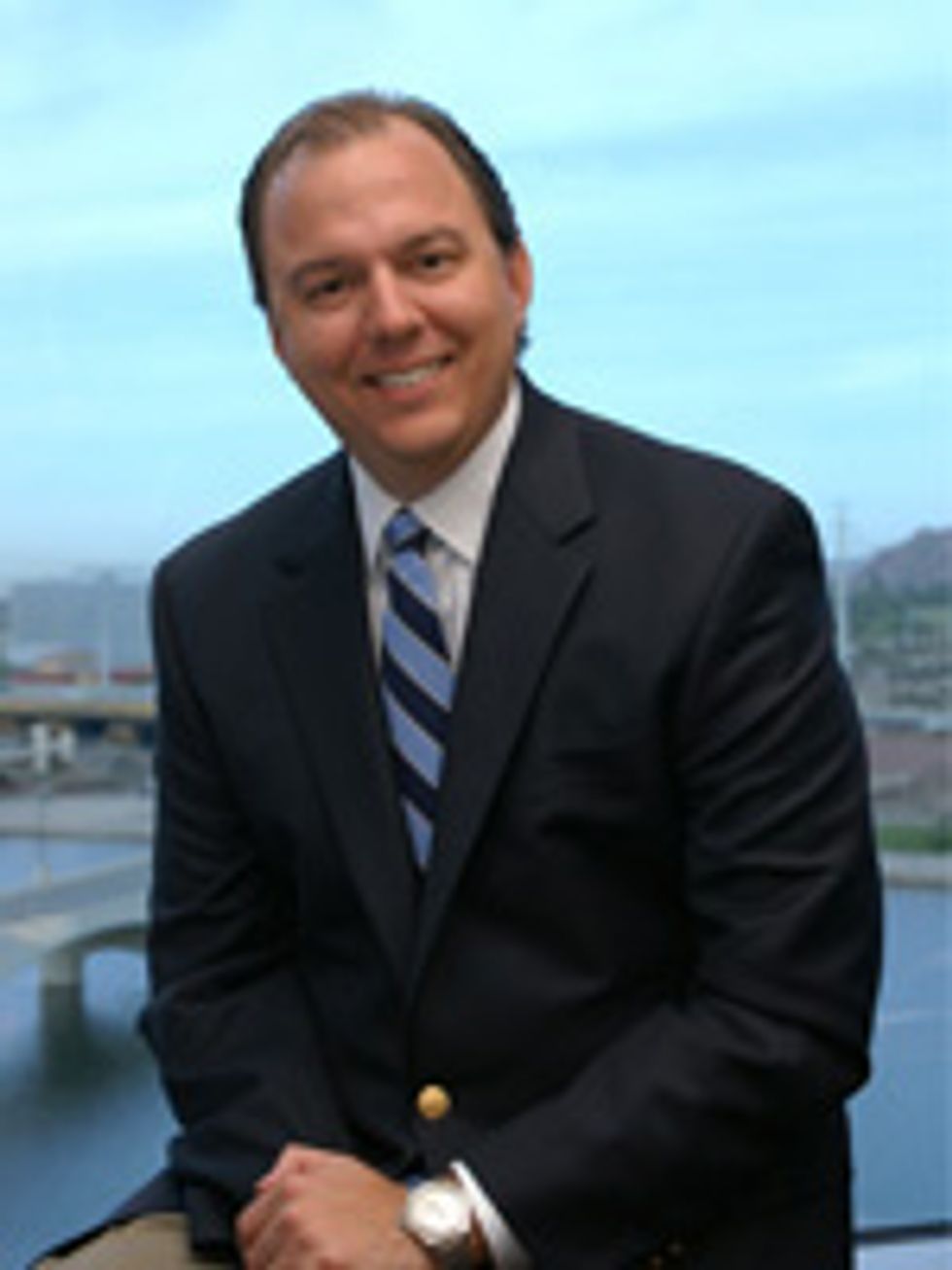 Lone, widely spaced APBs lean heavily on words like “goon,” “dirty trickster,” “brass knuckle tactics,” and “Teflon-style staying power” to describe Mr. Sproul and his contributions to 21st century democracy. This year, the good news for Sproul is that persistent allegations of massive “voter registration fraud” -- as recounted by Sam Stein in this 2008 HuffPo expose -– are wingnut media’s wet dream of how Democrats get into office, so expect to hear little out of our brave liberal press about this veteran fixer in the months ahead.

Sproul’s labors across several states on behalf of the G.O.P. are said to have included throwing away registration forms, altering election documents and firing workers who registered Democrats. The Dubya-era Justice Department passed on investigating Sproul, whose Lincoln Strategy Group went on to cuddle up to Big Coal. Democrats, even heavyweights like Ted Kennedy and John Conyers, complained early and often, but few in the media listened and none remembered once James O’Keefe concocted the ACORN scandal.

So, who is this shadowy Sproul? Well, if an orphaned Wikipedia page may be trusted, a “typical Mayberry Machiavelli” would be close enough. Graduate of Pillsbury College and the University of Phoenix, he served as the executive director of the Arizona Republican Party and chief of that benighted state’s Christian Coalition. He holds forth here, chiding Democrats and boosting wingnuts in buttery Chamber of Commerce tones. Colson, Liddy, Mitchell, all the boys in Nixon’s bag, were Mad Men era tough guys alongside a concern-junkie like Sproul, who doubtless would’ve wracked Tricky Dick’s nerves with all his talk of a War on Christmas.

Indeed, some Republicans are uneasy with Sproul, perhaps understanding in their very dim way that the party’s persistent need for such operators doesn’t say much for the vaunted superiority of conservative “ideas” in a supposedly free marketplace. Former Rep. Chris Cannon (R-UT) noted “the difference between ACORN and Sproul is that ACORN doesn’t throw away or change registration documents after they have been filled out.” The reported $71,391 forked over by Romney is small change compared to $8.5 million Sproul & Associates reportedly got out of the Bush-era G.O.P. As early as 2004, Salon.com’s Farhad Majoo asked “Doesn’t the Republican Party fear being associated so closely with a man, and a firm, whose record is less than fully aboveboard?”

Fade in eight years later and news Republicans in the far West actually have a touring shithouse makes rather too much sense.