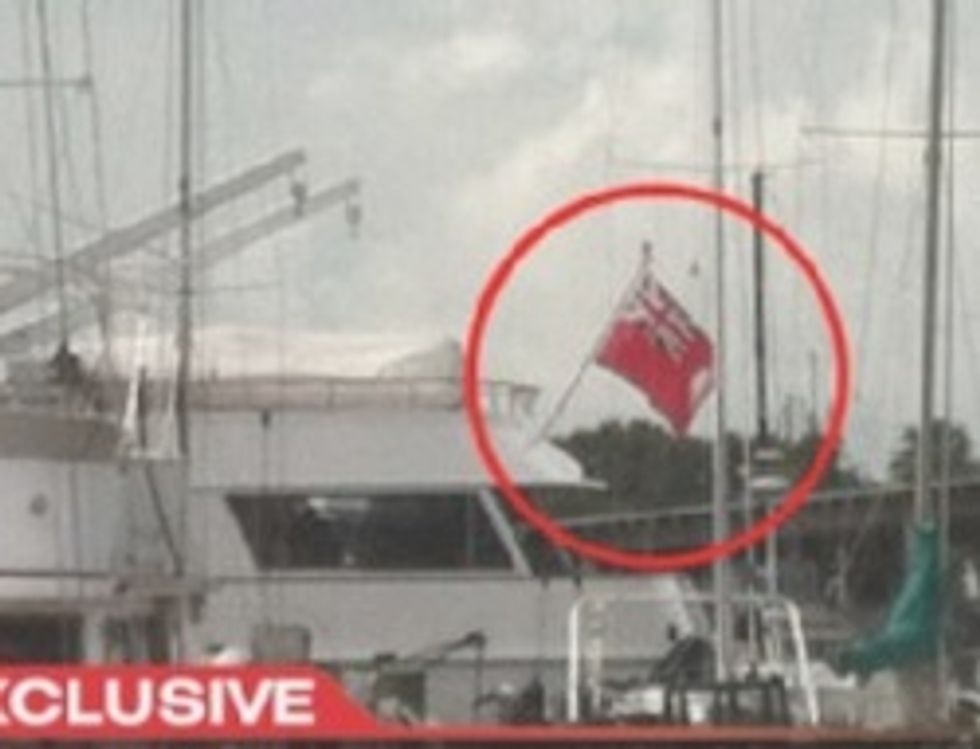 "Romney Party Yacht Flies Cayman Islands Flag,"reads the headline! Now that your idiot Wonkette blogger has wasted the last 90 minutes trying to determine with other Twitter people if it's a Cayman or Bermuda flag -- it's a Brian Ross report, after all -- it does in fact appear to be the "other," more red Cayman flag, a.k.a. the Cayman civil ensign that Cayman boat people put on their Cayman boats. So, to return to where we started: Romney Party Yacht Flies Cayman Islands Flag! The yacht is called Cracker Bay, and that's not a joke either.

Gov. Mitt Romney's campaign toasted its top donors Wednesday aboard a 150-foot yacht flying the flag of the Cayman Islands.

The floating party, hosted by a Florida developer on his yacht "Cracker Bay," was one of a dozen exclusive events meant to nurture those who have raised more than $1 million for Romney's bid.

How was it, Wilbur Ross?

The event, attended by no more than 50 people, along with Romney relatives, including older brother Scott, appeared on no public calendars. ABC News obtained a schedule of the Romney campaign's "Victory Council" and waited dockside to speak with members.

"It was a really nice event. These are good supporters," said billionaire Wilbur Ross, an energy industry executive.

It's the most fun America's billionaires have had since the last "get naked and burn that pagan owl" thing at the Bohemian Grove, we hear, from secret insider billionaire sources (our cat).