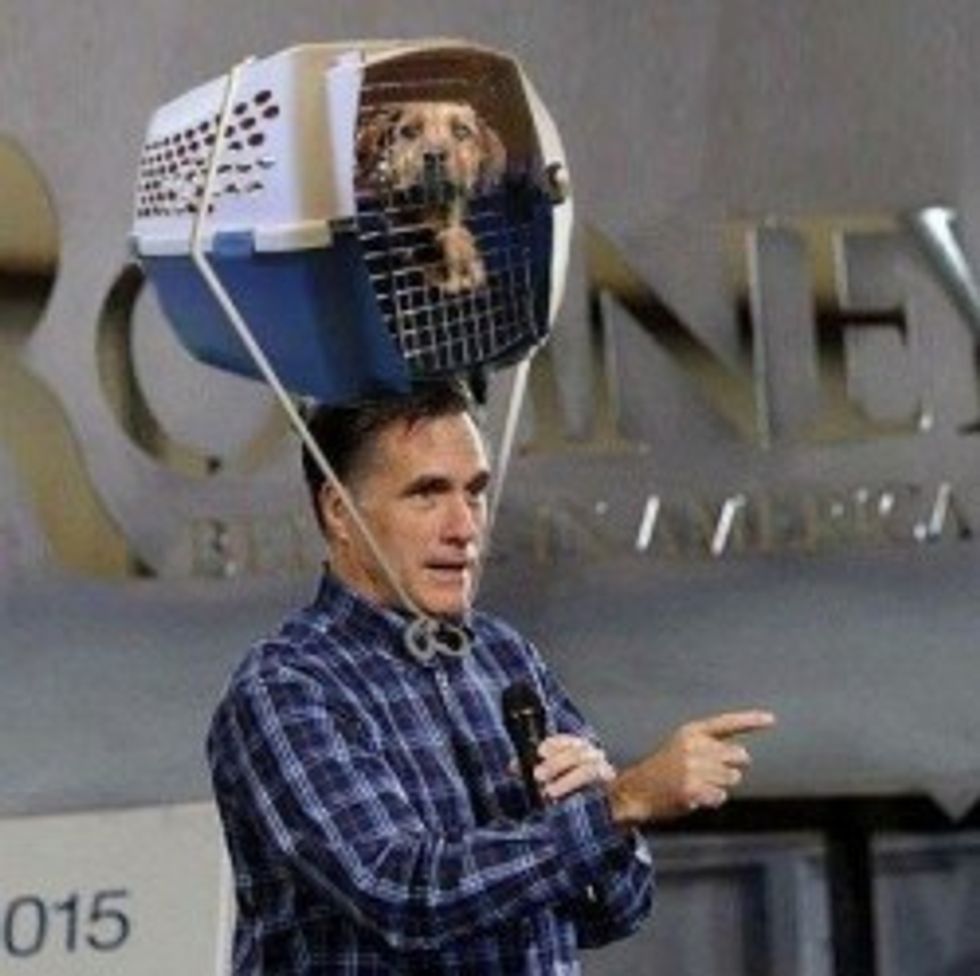 You are never going to BELIEVE what Mitt Romney hates! Besidespuppies, moms, and chocolate donuts. And blind people. And people who might be gay. And (very) Poors. Oh and taxes. But you’re doing great so keep guessing! Have you guessed yet? Olympic athletes! It’s Olympic athletes. See, after Obama pointed out that businesspeople relied on a combination of individual entrepreneurship, community support, and functional infrastructure, Romney took his remarks entirely out of context (shocking), informing small business owners that the president thinks that “they didn’t build that.” Well, guess everyone will just have to suck it.

Speaking back in 2002 in Salt Lake City,  Romney said one of the many statements that he would probably want to take back, if he had any integrity, that is, which he doesn't.

“You Olympians, however, know you didn’t get here solely on your own power. For most of you, loving parents, sisters or brothers encouraged your hopes,” he said after praising the competitors in footage unearthed by NBC News. “Coaches guided, communities built venues in order to organize competitions. All Olympians stand on the shoulders of those who lifted them. We’ve already cheered the Olympians, let’s also cheer the parents, coaches and communities.”

How's that Etch-a-sketch going, Mitt? Maybe we should cheer that next.