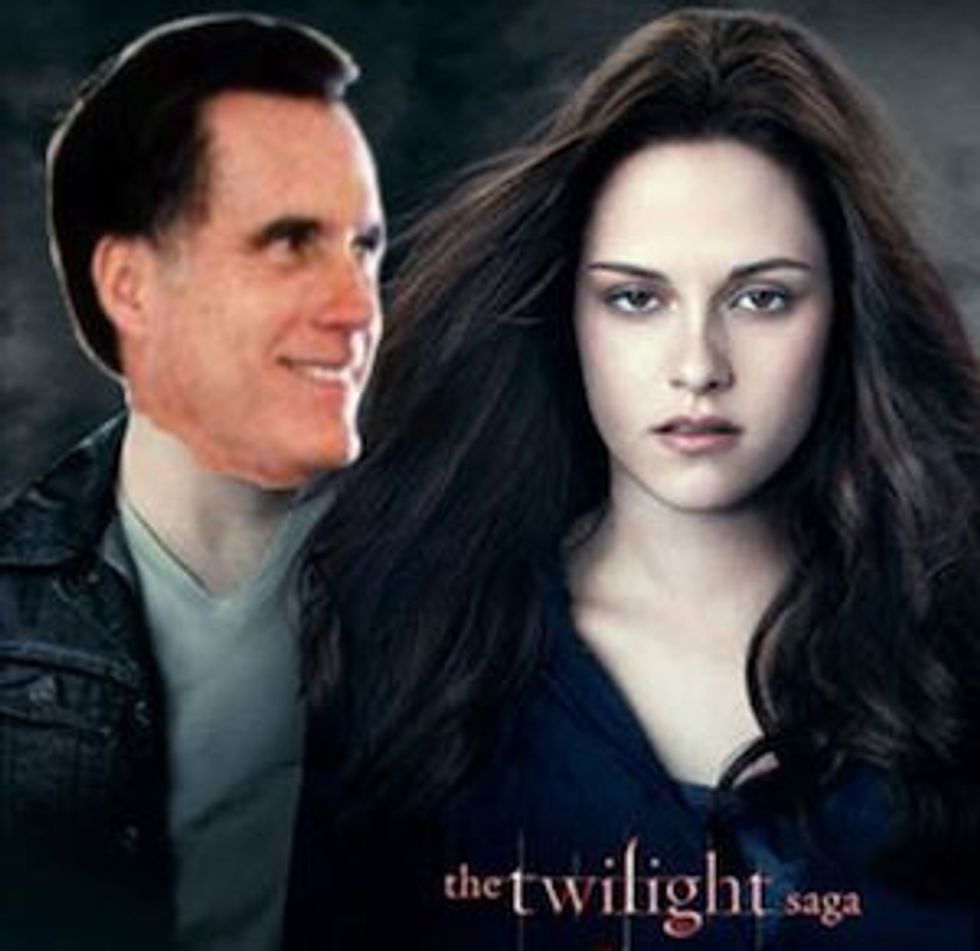 When will middle-aged GOP Christian white working-class people embrace the billionaire Mormon elitist Mitt Romney? When teen-aged girls realize Mitt is "just like them," and not until! That's why Mittens went on theToday Show to let any teens who already dropped out of high school know that he loves "silly stuff" like the sexy abstinent vampires from the Twilight series of books and movies. Like all teen girls with goth tendencies -- remember, Mitt spent his formative years in France, killing people in car crashes -- Mitt loves to curl up under the comforter with his fellow Mormon Stephenie Meyer's soft-core stories about girls gettin' it on with guys even though nobody takes off their panties.

“I mean, I like the Twilight series. I thought it was fun,” Romney said. “I don’t like vampires personally, I don’t know any, but you know my granddaughter was reading it and I thought, ‘Well this looks like fun,’ so I read that.”

Yuck. What was Grandpa Mittens doing under his granddaughter's comforter at night? [CNN Political Ticker]