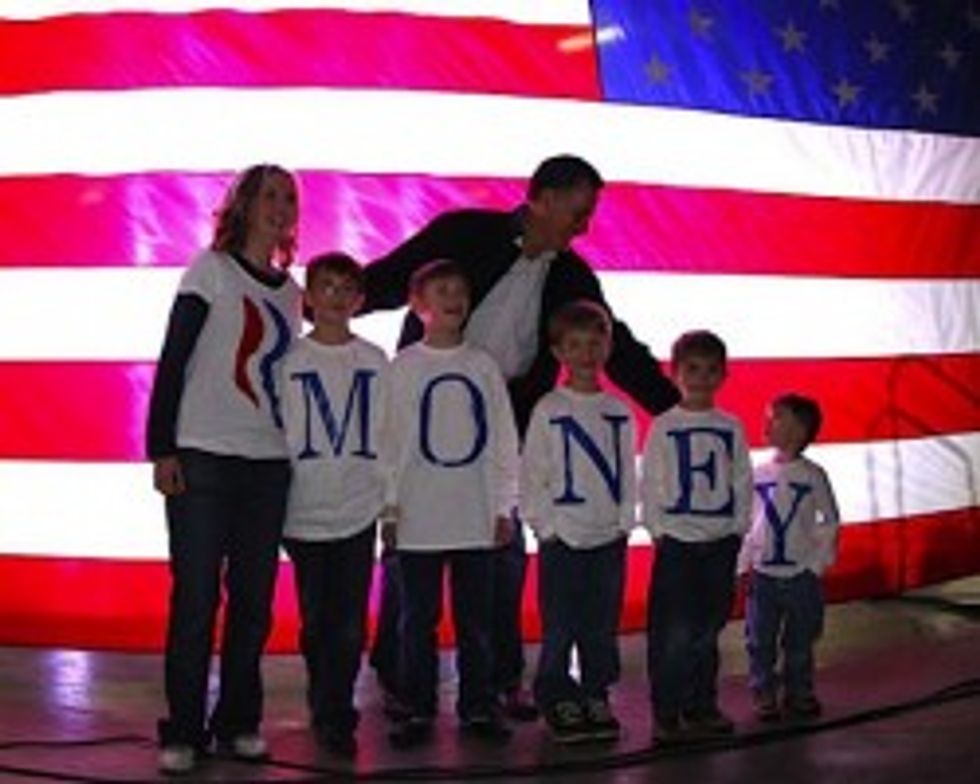 What is LIBOR, you might be wondering? And who has messed with it? And how exactly will a banking scandal in London have something to do Mitt Romney? Well, whatwouldn't it have to do with Mitt Romney? First things first: LIBOR stands for the London Interbank Offered Rate, and according to the BBC, it is one of the “most crucial rates in finance” because it underpins trillions of dollars in loans and financial contacts, including (OF COURSE!) American mortgages and student loans. And because a bunch of derivatives traders at Barclay have been playing around with this rate and trying to rig it since 2005, your mortgage payments or student loan payments might have been affected this entire time. (Evidence for this rate rigging includes the message “"duuuude... what's up with ur guys 34.5 3m fix... tell him to get it up!" sent via one trader to another via unknown means. Yes, apparently they talk like this in the U.K. too.) Anyway, this scandal MIGHT (but probably won’t, knowing how these things usually go) lead to the resignation of Barclay’s CEO Bob Diamond, but in the meantime, it has led him to pull out of a Romney fundraiser.  Because surprise surprise, the corrupt CEO of a disgraced financial institution was such a big Romney fan that he was going to host a London fundraiser for the candidate. But it’s cool, Romney understands. Also, lots of other Barclays bankers have donated craploads of money to his campaign and even served as his policy advisers, so it’ll all work out.

Via the Financial Times:

Mr Diamond decided to step aside as a co-host for the upcoming London reception to focus all his attention on Barclays. We respect his decision,” said Andrea Saul, a spokeswoman for Mr Romney’s campaign. Mr Diamond had been one of 18 co-hosts for a dinner in London later this month in which guests are being asked to pay between $25,000- $75,000 to raise money for Mr Romney, who will be in town for the opening ceremony of the Olympic Games.

Yes. People in London are willing to pay $25,000-$75,000 to raise money for Mittens, which tells you that they aren’t as smart as their accents might otherwise indicate. Oh and another shocker: LOTS of Barclays bankers have a hard on for Mitt and one has even CHAIRED SIX POLICY ROUNDTABLES for Romney. Birds of a feather...

Mr Diamond is one of several top executives at Barclays who have thrown their weight behind Mr Romney to help defeat President Barack Obama. He also hosted similar events in support of John McCain during the 2008 presidential campaign.

At least 15 of Barclays Capital’s most senior bankers based in the US have donated $2,500 to the Romney campaign, the maximum allowable individual donation per election, Federal Election Committee filings show.

In sum, the upper echelons of a scandal-plagued British bank is engaging in massive fundraising activities and even chairing policy roundtables for  American presidential candidate Mitt Ronmey on financial policy. All of which is super comforting.