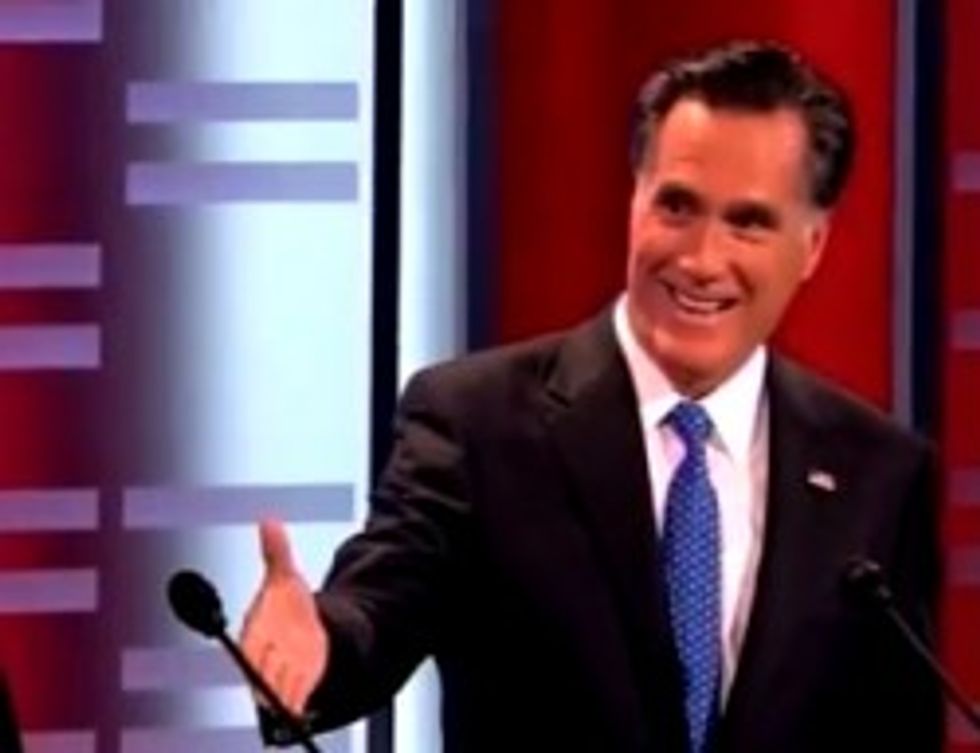 Mitt Romney's tax plan would purportedly add $600 billion to the federal budget deficit in 2015, according to a new study by the nonpartisan Tax Policy Center released Thursday. It's all part of Mitt's plan to drive America into debt, then sell it to China for a profit. The amount is slightly less than half of the $1.3 trillion that the Center calculates Gingrich's plan would add, but it's just not that revolutionary, for a guy (of many guys) who's promising to change Washington irrevocably forever. Romney's plan would, not surprisingly, most benefit the types of jerks who make millions off bankrupting companies. But he's certainly not alone there.

Romney falls somewhere between relative nice-guy Santorum (who would apparently actually support tax breaks for families with children) and the rest of the gang. Romney's tax breaks for the rich are not as steep as Perry, Cain and Gingrich's plans appear to be. But Romney's plan is certainly not "an attempt to escape the confines of the complex U.S. tax code," writes BusinessWeek. (Cain, Perry and Huntsman have thought more outside the box on taxes...one of them of course waaay out.) In other words, MITT 9000.

The Atlantic's Derek Thompson calls Romney's plan simply the "Bush tax cuts on steroids," which is about the closest you can get to not just inaugurating the status quo, but stopping time altogether. [BusinessWeek, The Atlantic]