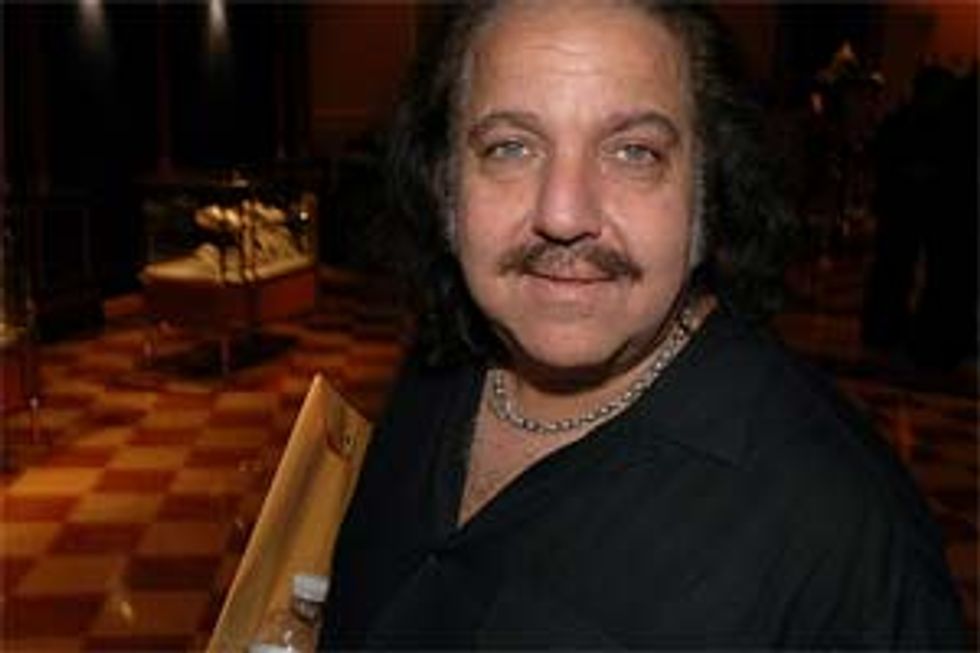 How low has American political discourse sunk? Well, if a prominent human choses to say something nice about a person running for president, even if that something nice is about something totally unrelated to politics, and even if that human is prominent mostly for putting his wang inside a bunch of ladies, and also occasionally his own mouth, on film, then people are surprised that you might not agree with him politically! Why would you praise some quality of the person running against the person you are going to vote for, what if they accidentally win and it's your fault, because you weren't mean to them constantly? Anyway, point is, Ron Jeremy should really think hard about praising Mitt Romney's parenting skills in bland, generaly terms, because President Romney will ban all pornography forever and Ron Jeremy will be unemployed.

I think he means well, I think he's a good man ... I think the fact that he's such an amazing father proves a lot. I give him a lot of credit. He's raised some good sons. When a man is a really, really good father, that's very important.

Man, it's almost as if being a wealthy man paid well to have sex with ladies and endorse alcohol products (that is why Ron Jeremy was in Massachusetts talking about Mitt Romney, he was promoting his own line of rum) makes you mellow and agreeable!

I wanna make sure that every new computer sold in this country after I'm president has installed on it a filter to block all pornography and that parents can click that filter to make sure their kids don't see that kinda stuff coming in on their computer.

Ron Jeremy is no doubt smart enough to know that there is no technical way such a filter can be developed, so he is not worried about his job. On the other hand, he said, of the terrible awful 2012 campaign, "It's a good race," so maybe he just isn't paying attention. [Boston Herald]