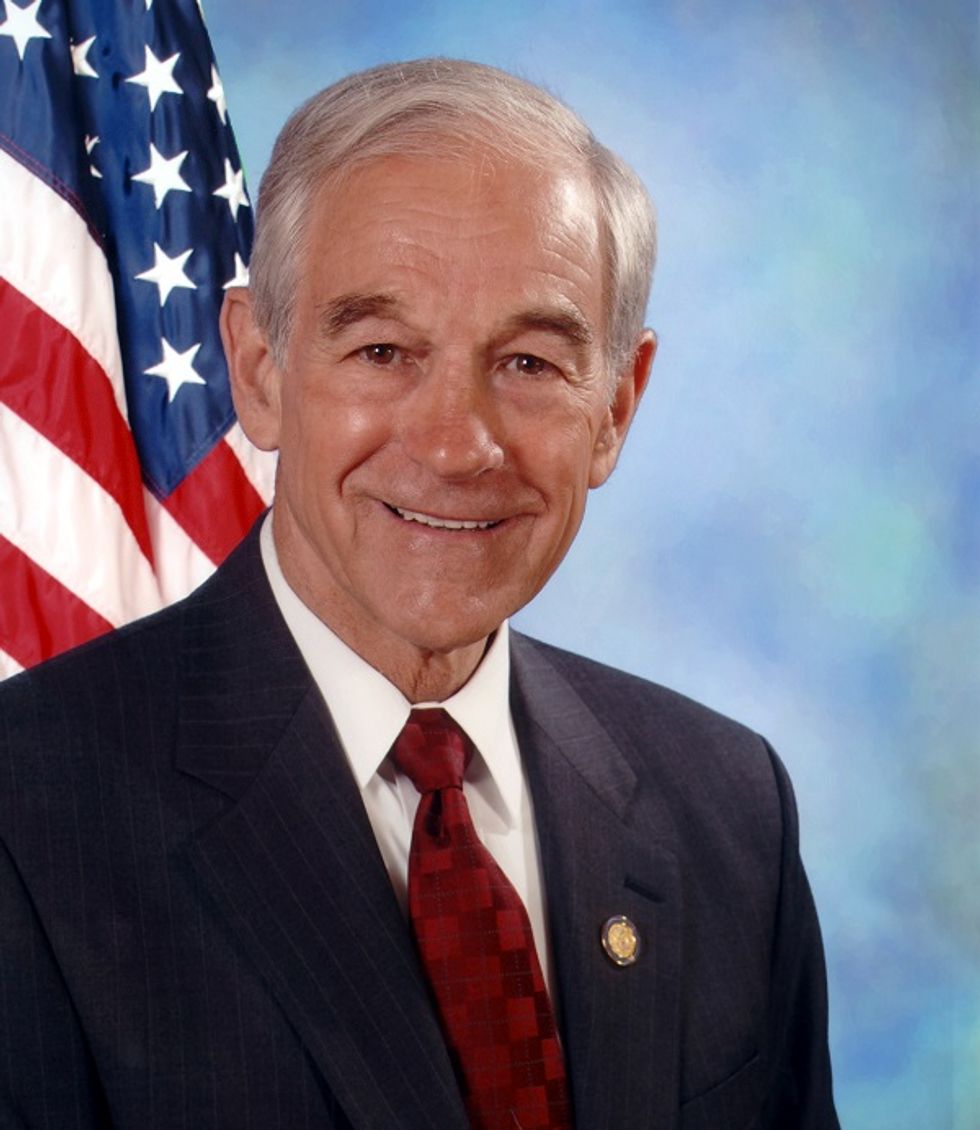 How much fun are we going to have in 2016 watching a couple of the candidates in the GOP clown car gagging their insane fathers, shoving them into canvas sacks and dumping them into the Potomac, only to have the crazy old men chew through the gags and the canvas and paddle to the surface, where they will suck in lungfuls of air and begin spouting off about tyranny and bitcoins? Hang on, we’ve got to wipe off our keyboard.

While Rand was out in California this weekend at a Koch Brothers cotillion for pure, virgin-fresh potential GOP presidential candidates, Ron was swimming in slightly less august environs: A ballroom at an airport hotel in Houston, where he spoke to a bunch of drooling dipwads about seceding from the Union.

Rumors that the ballroom had been transported through space and time from the antebellum South could not be confirmed.

The Houston event, billed as “a one-day seminar in breaking away from the central state,” was organized by the Ludwig von Mises Institute, the Alabama “think” tank venerated by libertarians and five-year-old children – but we repeat ourselves. Paul was preceded at the lectern by his former chief of staff, Jeff Deist, who told the crowd of aspiring mountain hermits,

The America we thought we knew, ladies and gentlemen, is a mirage. It’s a memory. It’s a foreign country. And that’s precisely why we should take secession seriously […]

We’ve been conquered. We’ve been occupied by the state, and its phony veneer of democratic elections. Why not seek out ways to split apart, rationally and nonviolently? Why dismiss secession, the pragmatic alternative that’s staring us all in the face?

Yes, “I’m taking my ball and going home” is always a pragmatic solution for any child who is not getting his way in a situation, whether it be a majority of his fellow citizens democratically electing leaders who don’t subscribe to his worldview or picking teams for kickball.

In addition to speaking about liberty and the tyrannical federal government at this august secession fantasy break-out session, Ron Paul has been busy writing online columns suggesting that sanity will not be restored to our nation’s leaders until they finally cause the collapse of the financial system they are so “feverishly” working towards (how such an utterly panic-inducing, insane event would help our prone-to-hyperbole leaders become more sane was apparently left unexamined) and telling Russia Today, which is to the Kremlin what Fox News is to the Republican Party, that America does not have a true democracy, but rather a “monopoly of ideas” shared by the leaders of two parties that share a philosophy. That last would surely be news to any woman interested in keeping her right to legal abortion or anyone who has been able to finally purchase health insurance thanks to Obamacare.

Someone get hold of Rafael Cruz and tell him to step up his crazy game soon. Maybe he could bite the heads off several liberals, Ozzy Osbourne-style, at one of Bobby Jindal’s religious revivals or something.