Rove To Republicans: Obama Is Totally 'That Guy' At The Country Club 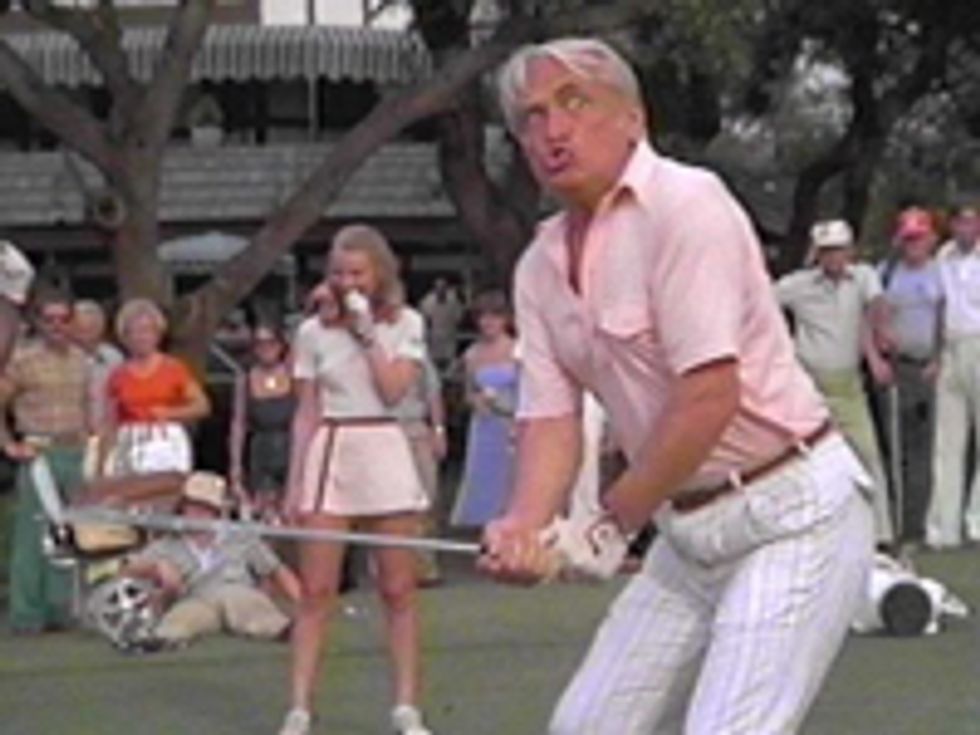 Brilliant Republican strategist Karl Rove is not Arrogant, or an Elitist. He has helped his party help poor people and the underrepresented by flying young men and women to Iraq, which they may colonize for a brighter, more prosperous future. Rove knows what an Elitist is, and it is Elitist Barack Obama. This morning, Rove wasspeaking with a group of poor, Average Americans known as "Republican insiders at the Capitol Hill Club" to describe, in layman's terms, Barack Obama: he is like "that guy" at the "country club" who, uh, won't be sociable with the other members. And if Bitters know one thing, it's the subtle internal politics of country club cocktail hours.

ABC News was on the scene:

"Even if you never met him, you know this guy," Rove said, per Christianne Klein. "He's the guy at the country club with the beautiful date, holding a martini and a cigarette that stands against the wall and makes snide comments about everyone who passes by."

PERCHANCE YOU MEAN... OUR NEMESIS? We are familiar with that rapscallion of ancient archetype, the flaneur who disregards the trappings of wealth, the bonhomie of chums, for McGovernish tobacco "pulls" and conical spirits!

The American people will not stand for a candidate who hates the atmosphere of country clubs.

Rove: Obama's the Guy at the Country Club Holding a Martini Making Snide Comments About Everyone Else [ABC News]