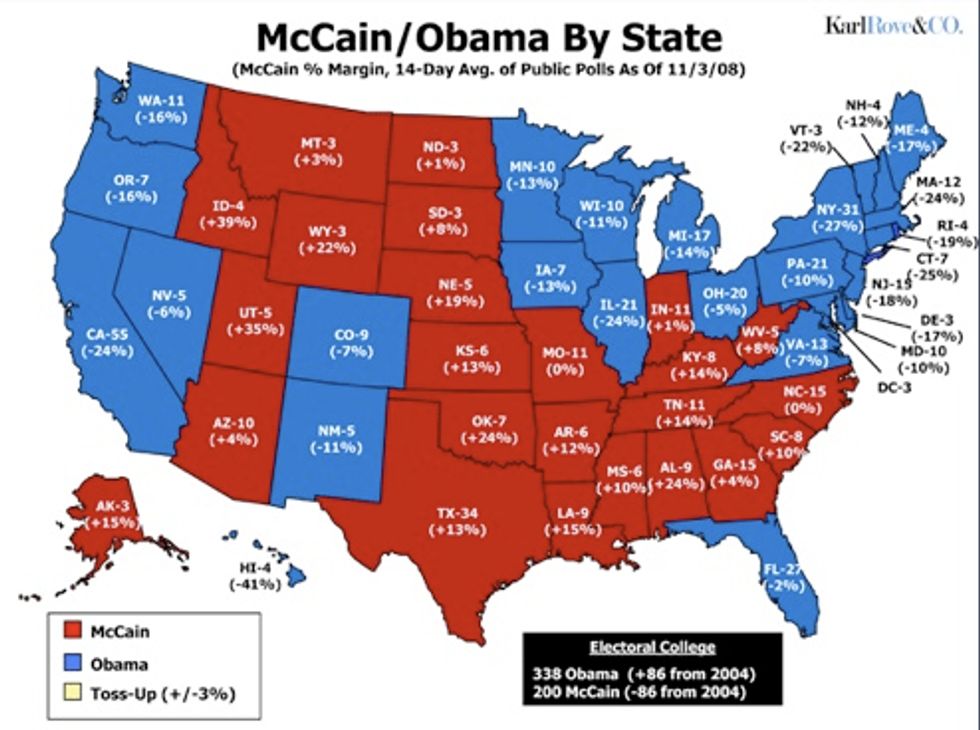 Nobody quite knew what to make of Karl Rove's very aggressive election night projections, but it seemed safe to conclude that he was trying to mess with Barack Obama in a very sinister and subtle way. People feared that Rove's projection of 338 electoral votes set the bar too high, so that if Obama won narrowly he would look "illegitimate." And if Obama lost, he wouldreally look like a loser.

And then it turned out that Karl Rove was not too far off, except in predicting that McCain would win Indiana and North Carolina. So nice job there, Rove, in subtly undermining John McCain by failing to predict he would lose as badly as he did!

Of course, a third and almost unimaginable interpretation of Rove's behavior exists: that Karl Rove, a man who used polling analysis to great effect in building out the Bush political empire, is actually fairly good at analyzing polls and making projections.