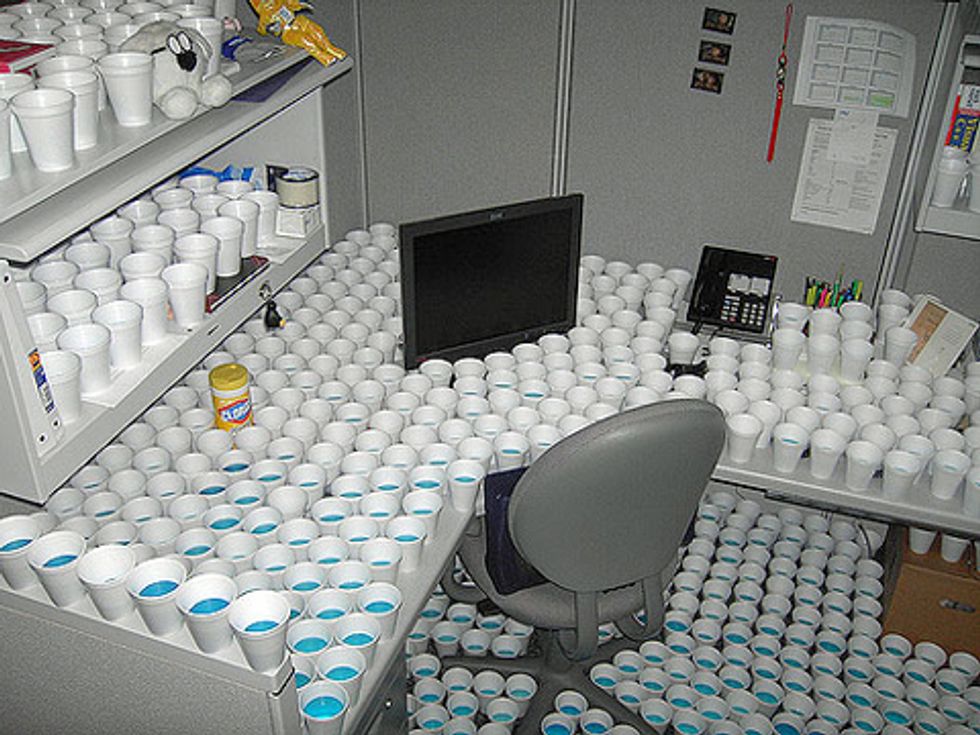 Former NYC 9/11 Mayor 9/11 Rudy 9/11 Giuliani isdefending his old pal Chris Christie, saying that the New Jersey governor and future former Republican front-runner is definitely not a bully, and that the closure of lanes on the George Washington Bridge last September was merely a "stupid political prank that backfired." Stuff happens, and once in a while, when you leave a bucket of water perched on a cracked-open door, it snarls traffic for four days and delays paramedics from getting to a 91-year-old woman who dies later. God, people, have you no sense of humor?

Giuliani explained that once in a while, aides just go off and do stuff on their own, and you need to rein them in, but it's really no biggie:

Or selecting a prime terrorist target as the location for your terror attack command center. Talk about a boner!

And if anyone knows the difference between a prank and political retribution, it's the mayor who famously tried to completely defund the Brooklyn Museum of Art because he thought one painting in a short-term exhibition was offensive to Catholics.