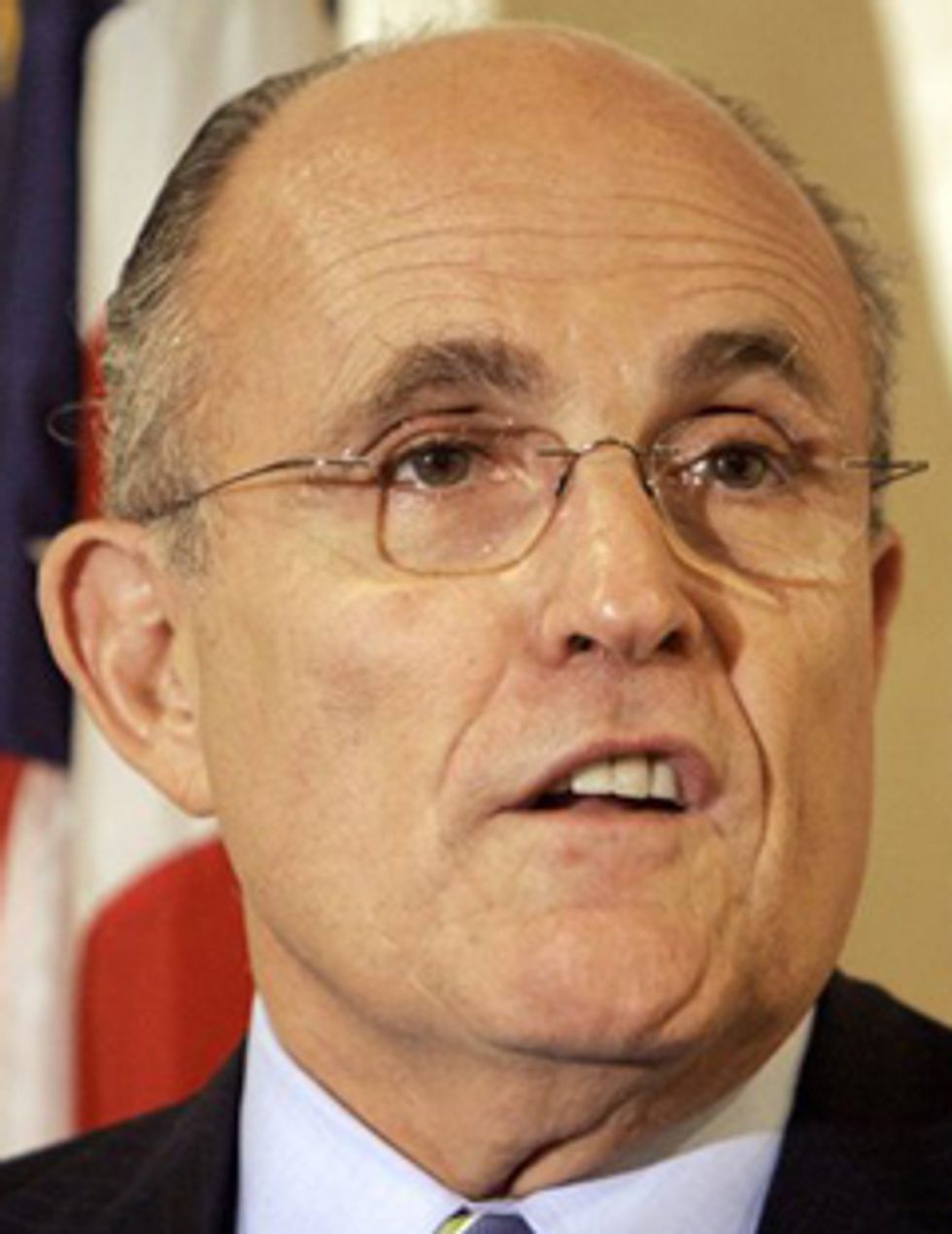 As you know, the worst mayor ever of anything, Rudy Giuliani, will deliver thekeynote address at his party's convention. Rudy Giuliani is a fucking stupid rat-demon whose pathetic 5th place campaign couldn't even make it past January after 12 months of exploiting, for political purposes, the deaths of thousands of innocent civilians whose safety he, as mayor of the attacked city, was supposed to protect. He really is the most appropriate symbol for the Republican convention that follows eight years of George W. Bush, although probably not for the same reasons that the speaker selection committee chose him. Anyway he had a conference call today and just completely bombed on it, because he's fucking stupid.

Earlier, this hilarious exchange went down:

Before that, Ron Kampeas, a reporter from the Jewish news outlet J.T.A., essentially accused the McCain campaign of hypocrisy for criticizing Kurtzer for meeting with the Syrians because Giuliani, he said, has represented the company Citgo, which is owned by the Venezuelan government. He also noted that Giuliani's firm once represented Saudi Arabian interests.

"Actually I don’t have any representations with the Saudis, that's incorrect," said Giuliani. "And I never represented Citgo in negotiations with the Chavez government. So, both of those are factually inaccurate."

Kampeas said, "Bloomberg reported that your law firm lobbied for Huge Chavez at Citgo -- is that not correct?"

"It is not correct that I had negotiations with Chavez's government," said Giuliani. "It is correct that my law firm for many, many years -- it doesn’t any longer -- represented Citgo, an American corporation. But it had nothing to do with Chavez."

"I've never been to Saudi Arabia," the fuckshit declares.

May we also note that our beloved Doctor Congressman Ron Paul won 35 pledged delegates in the Republican primary contests this year but was still denied any sort of speaking role at the convention, which is what led him to plan his rival Paultard Convention. Rudy Giuliani won ZERO delegates, because he's fucking stupid and awful, but has somehow been granted the Keynote Address. They should both be banned to Outer Space.