Run Really Fast and Win a Rifle At Georgia Race 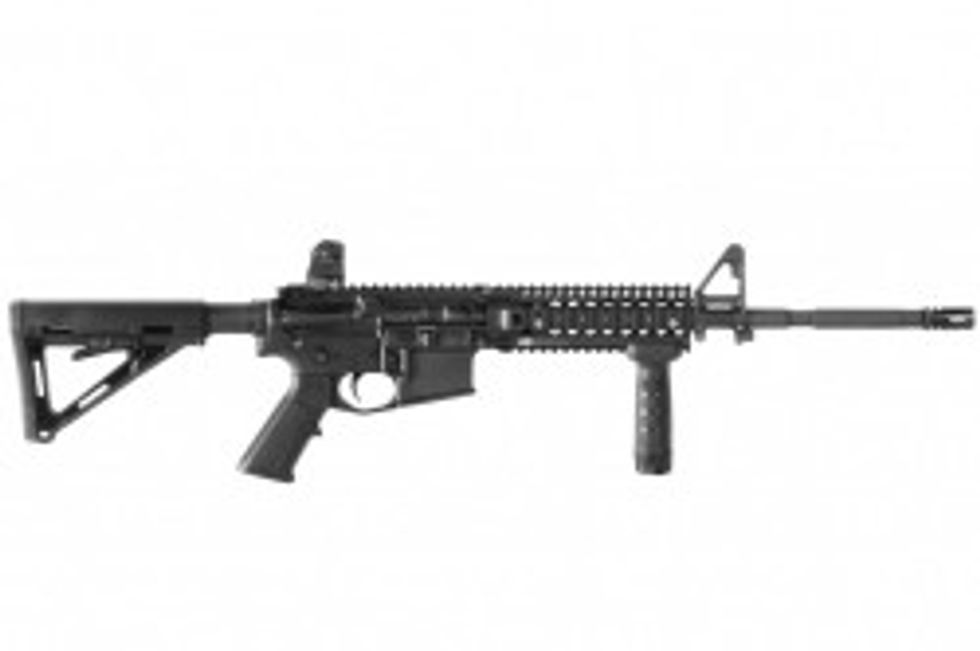 The local police department and a Presbyterian church in Pooler, Georgia, are never-forgetting September 11 this year by co-hosting thePooler 5K, a race and "Family Fun Mile Run" to benefit the Warriors in Transition unit of injured soldiers at the nearby Ft. Stewart army post. The runner with the fastest time wins a Daniel Defense M4 rifle -- which, according to the gun's official web page, is "built to redefine the benchmark in small arms performance" and offers "out of the box tactical supremacy." And it's made in the USA!

Click here to watch a short film in which Earnest McRifles, a very serious actor dressed in a Daniel Defense-branded polo shirt and sunglasses, shoots off his M4 and talks about its features in some sort of fancy firearm lingo-speak. There is also a scene in which a soldier wanders around with his M4 looking for The Enemy or whatever, which suggests that this model comes in handy whenever you're fending for yourself in some dangerous war zone area (the mall parking lot).

It's also a good gun to take to celebrations, apparently. "We need this for parties out here," a lady wrote on the race's Facebook page. She must be really mad at those people who only ever bring chips and salsa to potlucks.

The winner has to be at least 18 years old and pass all the feds' laws to actually git the gun. The top three winners in each age group get trophies, which is lame. But still not as lame as having to actually get up off your ass and burn calories for your gun in the first place. In other American towns, all you have to do to win a gun is shoot a target or donate some money or get a haircut. [Pooler 5K web page/Daniel Defense web page/Pooler 5K Facebook page]