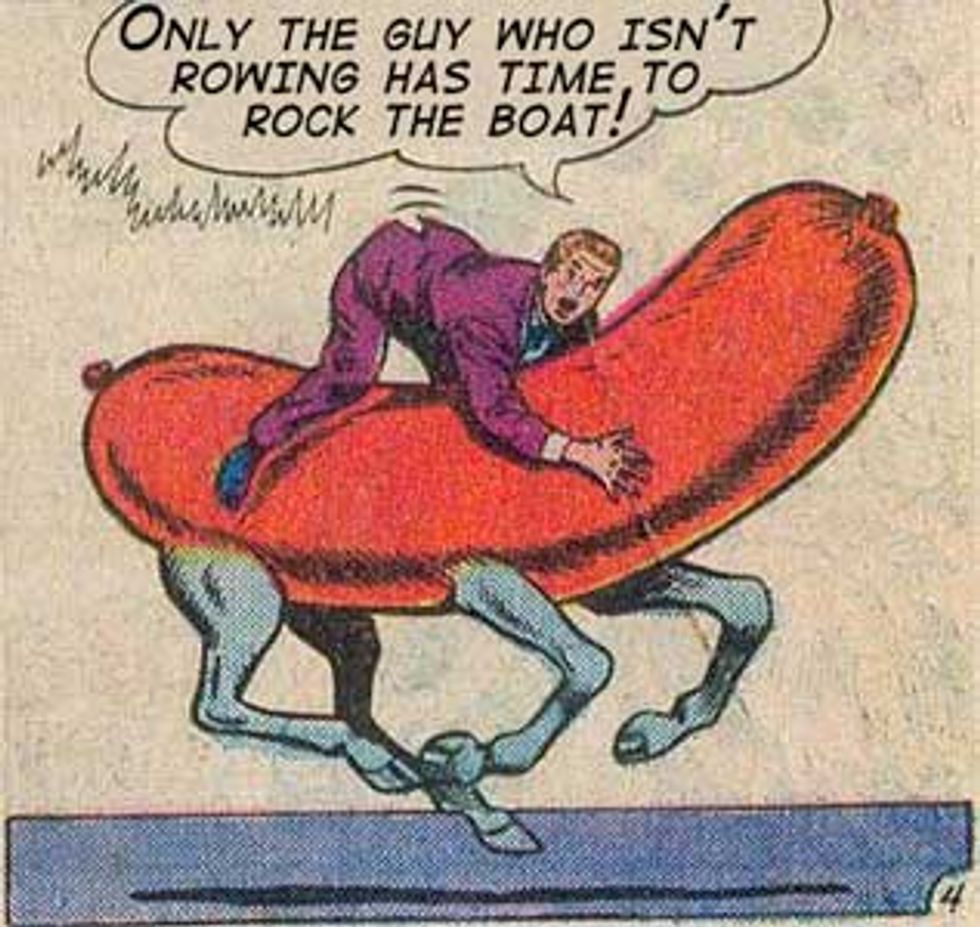 The wingnut narrative on last year's Benghazi attacks is starting to remind us of thatOnion headline where all the Kennedy assassination conspiracy theories were simultaneously true. This latest Benghazi story sounds completely plausible: a right-wing blogger has been told by "confidential sources" that all the big decisions on Sept 11, 2012, were made by Barack Obama's senior advisor Valerie Jarrett, who personally ordered the military to "stand down" and not blow up all the terrorists. The story also completely invents an AC-130 gunship that it says was sitting on the tarmac in Tripoli, ready to go, but was ordered not to attack. By a civilian advisor to the President. No, not that one, another one.

Since the story is complete bullshit that is contradicted by the testimony of people who were actually involved, it was immediately repeated by Rush Limbaugh today.

Never mind that there never was any order to "stand down" -- Fox News has said there was over 85 times, so it has become true, although the commander of the special forces team in Tripoli has testified that no such order was ever given -- instead, his team was ordered to stay in Tripoli to assist the evacuation of the personnel from Benghazi.

As we noted back in May, the reality was that the four-man special ops team in Tripoli really wanted to go to Benghazi and kick butt, but by the time the commander requested permission to go, the attack was over and the survivors were being evacuated. All the wishful thinking in the world won't make a nonexistent attack plane materialize over Benghazi to take out the bad guys or protect two CIA operatives there from the mortar attack that killed them. We'll also point out once again that an AC-130 is really good at hurling large amounts of lead at ground targets, but it's not especially precise, even with "laser targeting" -- not exactly a weapon you would want to use in a densely populated urban area. (No big whoop, they're just Libyans, right?) It's probably just as well that the nearest available non-imaginary ones were in Europe at the time.

The other really fun part of this particular wingnut fantasy is the notion that the entire command structure of the U.S. military would simply shrug and say, "OK, Ms. Jarrett, we guess you're authorized to tell us what to do. Want us to go seize some guns and oppress some Christians while we're at it?"