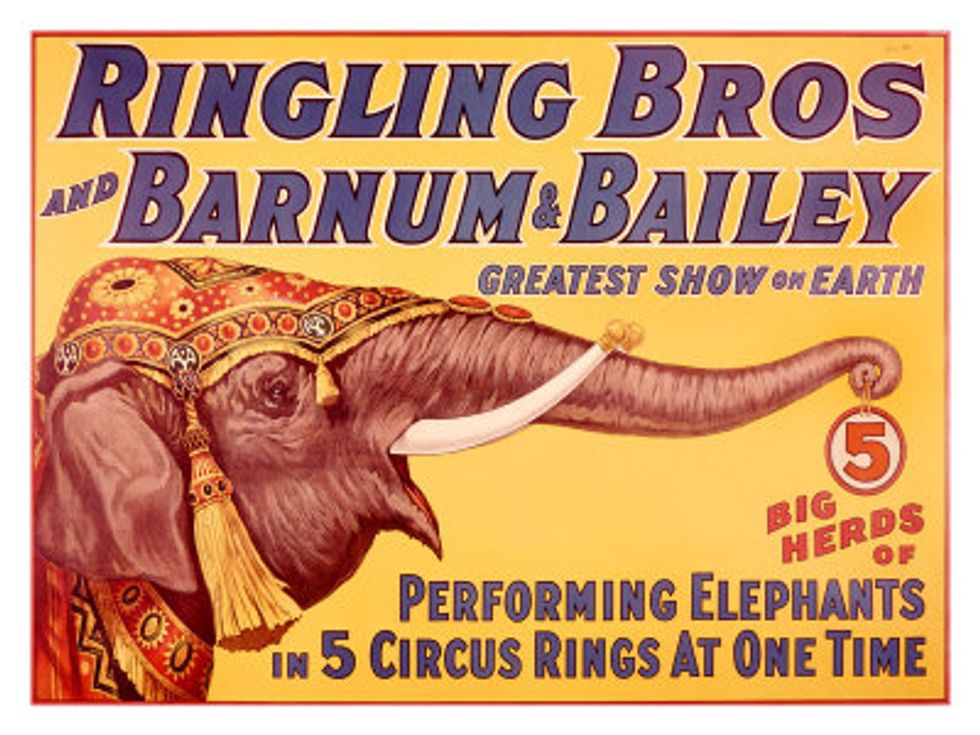 Oh RNC, never ever change. In response to CNN and NBC's unspeakable decision to run some sort of movie type things about Hillary Clinton, RNC Chair Reince Preibus has announced that he is considering taking his GOP debate ball and going home, home to where the folks really speak his language. Because when has CNN ever done a thing like that for a Republican? Like, ever? That little ninety minute thing about Mitt Romney sooo does not count.

The Republican National Committee, already threatening to block CNN and NBC from hosting 2016 primary debates if they air planned features on Hillary Clinton, is also looking to scrap the old model of having reporters and news personalities ask the questions at candidate forums.

Miffed that their candidates were singled out for personal questions or CNN John King's "This or That," when he asked candidates quirky questions like "Elvis or Johnny Cash," GOP insiders tell Secrets that they are considering other choices, even a heavyweight panel of radio bigs Rush Limbaugh, Sean Hannity and Mark Levin.

That sounds perfect? Usually, GOP primaries have been a big fat balancing act for the candidates, because to win the primary elections they have to appeal to their base, the evolution denying, gay soldier booing, execution cheering, true believer elements of the party, whereas to win the general election candidates have to maintain some shred of credibility among the country's "not terrifying yahoos" demographic.

But oh no, they are not playing that bullshit game in 2016, because when some guy asked Sean Spicer, the actual Communications Director for the RNC, who he thought should be the headmaster of said debates, he went full on fucknuts: "Mark Levin should ask the questions. That way, he said, grassroots conservatives would have a debate questioner who thinks like them."

Then Reince Preibus, our favoritest slurring way-drunk RNC Convention closer ever totes had Spicer's back and was all, HELLS YEAH! What he said, and also Rush Limbaugh and Sean Hannity too!!!

"I actually think that's a very good idea," Priebus said on the Andrea Tantaros Show. "I mean, there's a lot of good people out there that can actually understand the base of the Republican Party, the primary voters."

Are there? Good people?

Media Matters has an entire youtube channel devoted to the "good" things Mark Levin has said, and honestly a bunch of it has been about his own party. He just fucking hates everyone, all the time. And once he asked a lady caller he disagreed with how her husband hadn't put a gun to his temple.

Sean Hannity is so completely stupid so much of the time that Fox News has decided to let a gay-loving lady person have his time slot, what the hell does that tell you?

Rush Limbaugh is Rush Limbaugh. And he has already said he is "too famous" to be a debate host with these guys which totally means he wants to be the debate host all by himself.