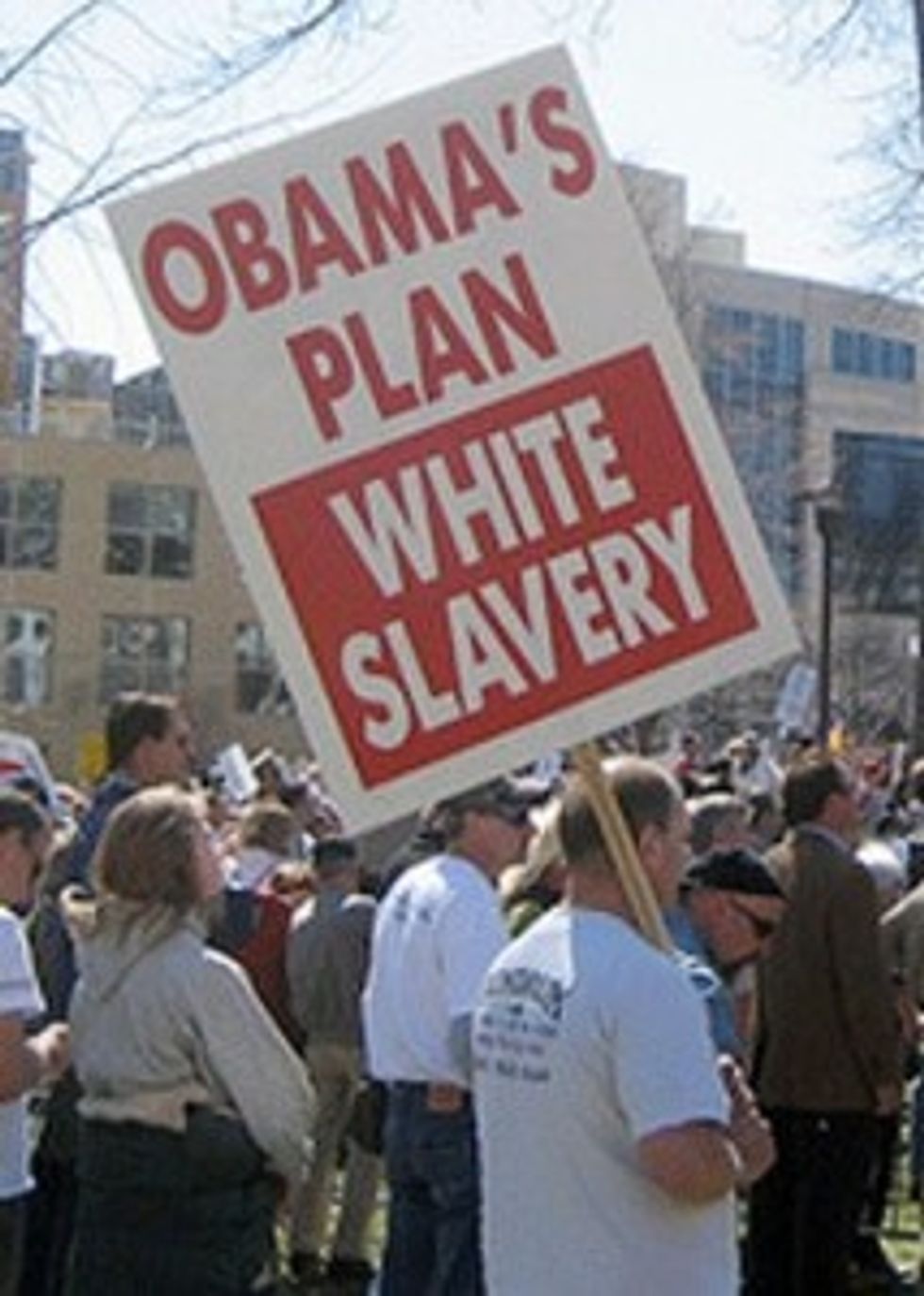 Rush Limbaugh has discovered something called "white guilt," which he apparently believes cripples White America and prevents it from achieving its true potential somehow. Andhe has a bit of education to lay on all of you white people going around with your heads bowed because of all the White Guilt: Rejoice and be glad, for you are a member of the kindest bravest warmest most generous race ever! In fact, he says,

If any race of people should not have guilt about slavery, it's Caucasians. The white race has probably had fewer slaves and for a briefer period of time than any other in the history of the world.

Look, can white people be blamed if they just happened to be the only ones who turned slavery into a semi-industrialized transoceanic enterprise? That's just a reflection of white people's relentless drive for excellence! You wouldn't take that away from them would you?

In fact, you know who really had lots of slaves? Everybody in history, forever!

The Chinese, the Arabs, black Africans, in fact, we forget about it. Even American Indians were constantly warring against tribes, other tribes for slaves. You know how many wars were fought for slaves, to claim them? ...

Yes, even American Indians -- I know the image is that they were the embodiment of perfection. They were just cool and fine until we arrived, and then it was all over for 'em. But even they were constantly warring against other tribes for slaves. It was their primary reason for going to war.

Happily, white people came along and slaughtered the ungrateful savages and took their land so they had to knock that shit off, but do we get so much as a thank-you note on Columbus Day? We do not.

Limbaugh then builds to his rousing conclusion:

But despite all that, no other race has ever fought a war for the purpose of ending slavery, which we did. Nearly 600,000 people killed in the Civil War. It's preposterous that Caucasians are blamed for slavery when they've done more to end it than any other race, and within the bounds of the Constitution to boot. And yet white guilt is still one of the dominating factors in American politics. It's exploited, it's played upon, it is promoted, used, and it's unnecessary.

Nice job, Limbaugh, you just alienated the entire "Civil War was NOT about slavery" crowd -- that should be fun to watch.