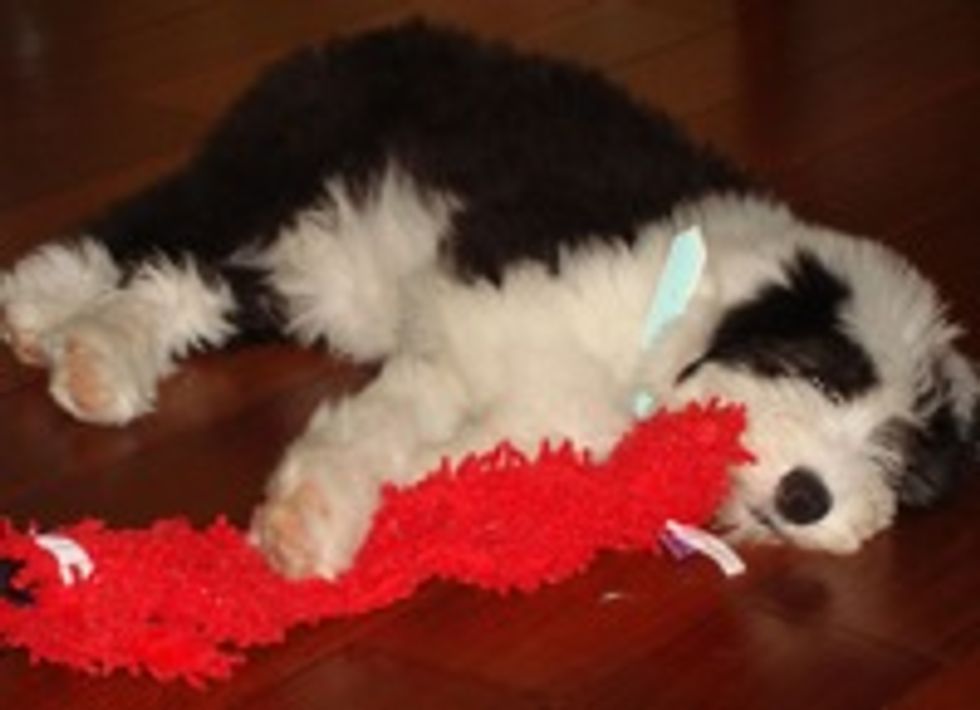 Rush Limbaugh, grr! The other day he brought up on his radio show the oft-cited observation that your dog's penicillin costs 25 cents while your own penicillin costs 25 dollars, which sucks for you, or something to that effect, and blah blah blah free markets and healthcare. WHATEVER. The point is his girlfriend has a very charming Old English Sheepdog that bears a startling resemblance to Bo Obama. However, this sheepdog will grow up to be a huge badass herding wookie, while Bo will just sort of look like a fucked-up Poodle, so Rush Limbaugh's girlfriend clearly wins this round. (Also: Rush Limbaugh has a girlfriend?) [The Rush Limbaugh Show]