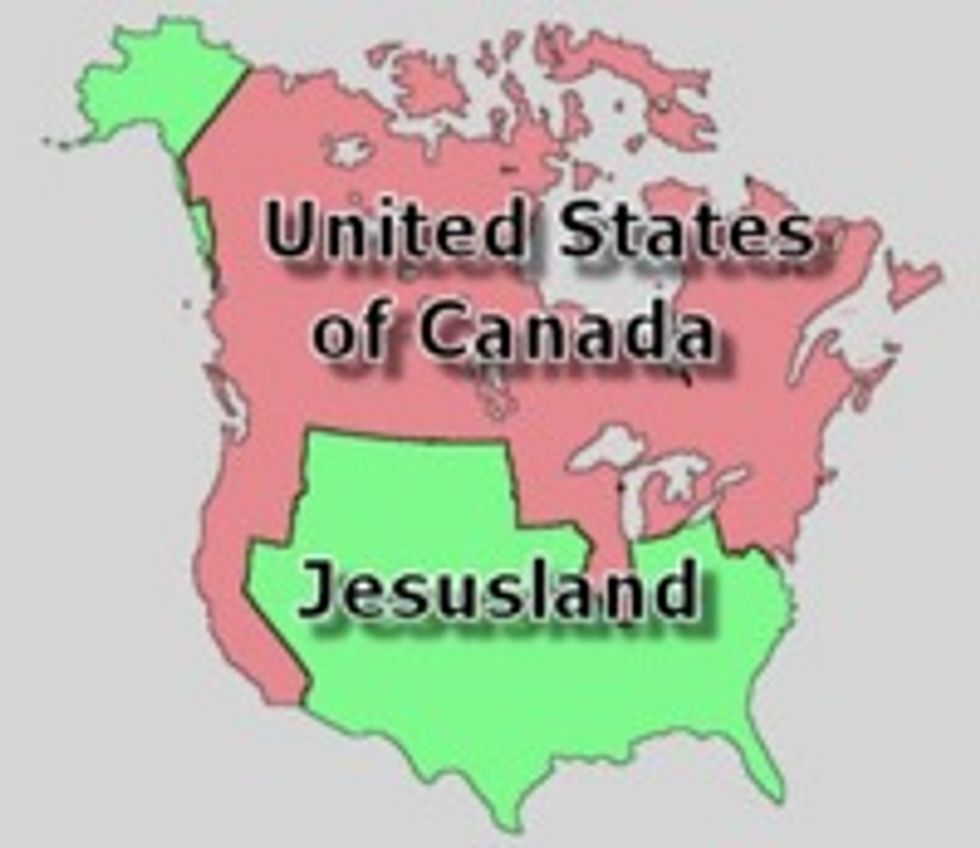 Ha ha, remember after the 2004 elections people emailed each other maps showing the sane parts of America getting absorbed into Canada and the rest turning into a squalid nation of Cheetos-addicted wingnuts calledJesusland? A Russian "expert" has now reached a similar conclusion about America -- that we are doomed to decline and a dissolution of the union in the near future. Like, by spring. (Oh, and Russia gets Alaska back! Bonus.)

Here is the deal:

Asked why he expected the U.S. to break up into separate parts, he said: "A whole range of reasons. Firstly, the financial problems in the U.S. will get worse. ... Dissatisfaction is growing, and at the moment it is only being held back by the elections and the hope that Obama can work miracles. But by spring, it will be clear that there are no miracles."

He also cited the "vulnerable political setup", "lack of unified national laws", and "divisions among the elite, which have become clear in these crisis conditions."

He predicted that the U.S. will break up into six parts - the Pacific coast, with its growing Chinese population; the South, with its Hispanics; Texas, where independence movements are on the rise; the Atlantic coast, with its distinct and separate mentality; five of the poorer central states with their large Native American populations; and the northern states, where the influence from Canada is strong.

So there you go, Texans, quit your complaining about the terrible Yankees! You get to be your own country again. And you, you filthy North Dakotans, you can just go back to Canada. In the meantime, the Russians will have a chance to invade yet another Georgia, which they are welcome to keep.