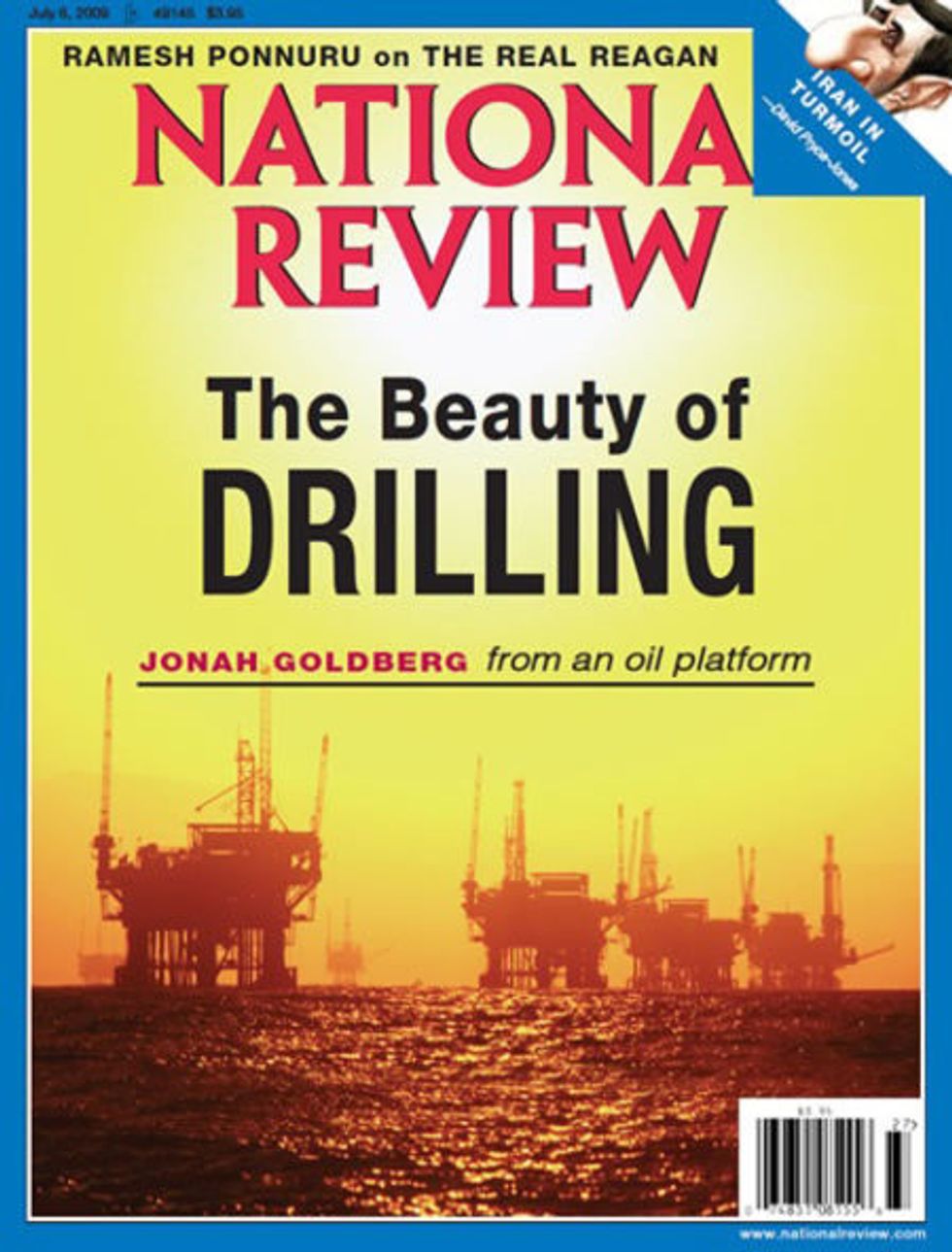 Sadly, the story is not about 'The Beauty of Drilling Jonah Goldberg From An Oil Platform'

In a turn of events that probably surprised someone who's regularly flummoxed by Weekly Reader crossword puzzles, Interior Secretary Ryan Zinke announced Tuesday that no new oil or gas drilling will be allowed off the coast of Florida. Zinke had unveiled a new Drill Baby Drill plan last week that opens virtually all US coastal waters to offshore drilling, but after meeting with Florida Gov. Bat Boy, Zinke explained why Florida is just too gol-durn ecologically and economically sensitive to risk any Republican votes this fall or in 2020:

That's nice! He values local input! Especially the potential impact on tourism. Or really, one particular tourist who keeps flying a big white and blue 747 in to go golfing.

Wonder if Zinke will give equal weight to the objections of virtually all other governors of coastal states that will be included in the drilling expansion? (The one exception, of course, is Maine Gov. Paul LePage, who not only welcomes offshore drilling but has requested Interior to allow oil exploration in food stamp recipients' homes.) Obviously, the Trump administration will feel free to ignore the Democratic governors, but maybe they'll find some important reasons to listen to Republican governors, or at least governors from other states where Donald Trump owns coastal properties. If the man doesn't want his view sullied by offshore wind farms, we doubt he wants any unsightly crude oil washing up on his personal beaches either. Unless maybe it triggers the libs -- he might be OK with it then.

Zinke's announcement was not greeted with cheers by everyone. New York Gov. Andrew Cuomo wanted to know what he might do to get Zinke's ear. (Answer: Open some coastline for a Trump golf course and private cemetery. And lose to a Republican.)

Or consider this note from a resident of Zinke's "home" state, even though Montana is landlocked:

Looks like somebody's not going to be in line for any sweet no-bid contracts after the next big natural disaster.

Yr Wonkette is supported by reader donations. Please click here to send us money, unless you're Ryan Zinke, in which case you have a different assignment.