S.C. Gov. Candidate Loves Punching Women In The Face, Or Was A Defense Attorney (Same Thing) 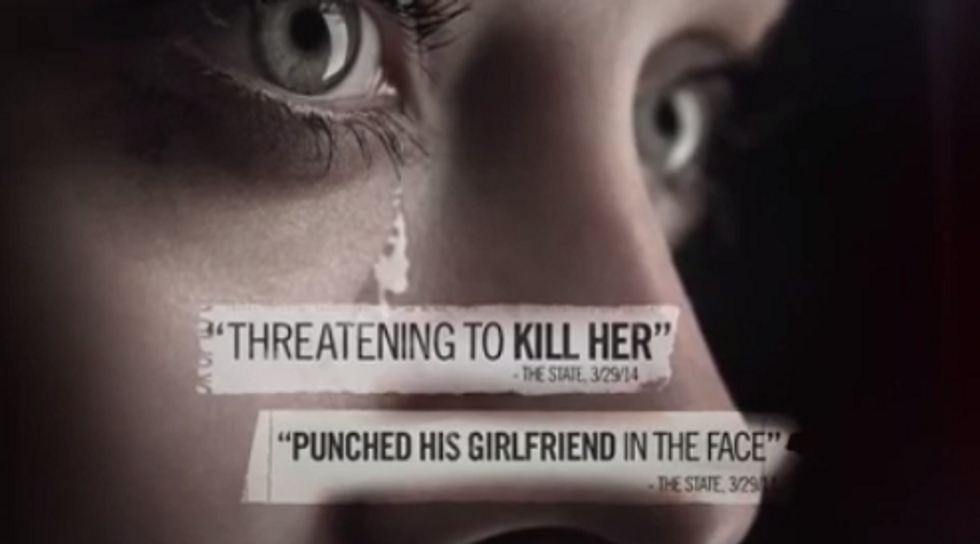 A new ad implies that South Carolina’s Democratic candidate for governor, Vincent Sheheen, advocates punching your girlfriend in the face. Allegedly, Sheheen is not just soft on crime, he actually sides with criminals, supporting your right to rape and pillage. It must be true: the Republican Governors Association told us so.

Rachel Maddow, and everyone else in the world with any sense, politely disagrees, because it’s possible that the RGA has forgotten how the U.S. legal system works. It turns out, the claims in the attack ad stem from the work that Sheheen did as a defense attorney. And everyone knows that defending a person’s rights as specified in the 6th Amendment to the Constitution is tantamount to condoning their behavior. Just ask President John Adams, best known for condoning the Boston Massacre. Wait, that’s not what President Adams is best known for?

Oh man, we  did extensive research, and it turns out, the United States feels pretty strongly that lawyers shouldn’t be held responsible for the actions of their clients. Not to mention, there seems to be some loophole where, at the time, all of Sheheen’s clients were apparently innocent until they were proven guilty. Who fucking knew? Obviously not the RGA, or surely such an upstanding group of politicians would never have implied such terrible things. Except, we had this same debate (just over a month ago) during the confirmation hearing for Debo Adegbile, when he was tapped to head the Civil Rights Division of the Department of Justice. During the hearings Republicans claimed that Adegbile’s work with the NAACP disqualified him for service. Is it possible that the GOP has just decided that the 6th Amendment is one of those pesky ones that they aren’t particularly fond of, because it isn't the Second?

The Republican Governors Association isn’t the only organization that missed their civics class, or misunderstood Presumed Innocent. The South Carolina Republican Party foreshadowed the argument made in the attack ad in an open memo posted on their blog. The memo begins by introducing the reader to Sheheen’s “shady” past, gracefully conceding that trial lawyers should be allowed to earn a living, just not serve as public officials.

When critics suggested that these claims weren’t entirely accurate, WLTX, South Carolina’s bestest ever local news station, fact-checked the RGA-funded ad, and found it to be of the finest truthiness. In a classic case of missing the forest for the trees, WLTX reiterated each of the cases that Sheheen was involved in, but then rose to Sheheen’s defense by pointing out that the cases were really old, because apparently WLTX has no understanding of the important role that providing the accused with counsel has played in our justice system.

Politico also watched the ad, but found nothing particularly startling about it, saying only that it “is a different tack than the committee’s first three ads against Sheheen, all of which focused on some aspect of his support for Obamacare.” It’s possible that Politico is just a little jaded. When compared to ads in which candidates for public office unload firearms into random copies of legislation, drones and water, a scathing attack ad with dubious claims may not actually make much of an impact.