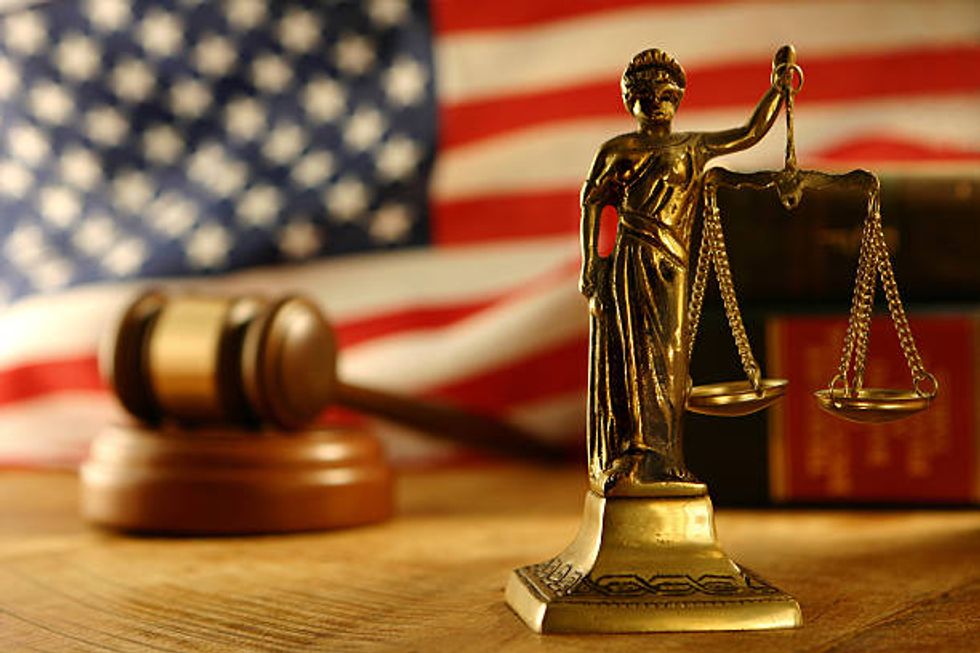 Hooray! It is NiceTimes in Arizona, where a federal judge told the state's racist Board of Education to pony up and pay the legal fees for the teachers and students who had to bring a lawsuit to get Mexican-American studies (MAS) back in the classrooms. Since 2010, the State Board of Education has been fighting with the Tucson School District, whose student body is 60% Latino, to keep out the MAS curriculum, even threatening to withhold 10% of the district's educational funding. Because they are assholes!

It all started in 2006 when legendary activist Dolores Huerta gave a speech at a Tucson High School where she said, "Republicans hate Latinos." To counteract this admittedly inappropriate statement, the board sent a Latina member to give a rebuttal speech. During this speech, a group of students, "protested by taping their mouths, turning their backs, raising their fists, and walking out of the auditorium." Then-Superintendent of Public Instruction Tom Horne decided that it was those skeeery MAS teachers who were fomenting rebellion.

He concluded that it was organized, and the “rudeness” taught, by teachers in the MAS program. The basis for those conclusions was that he had “[n]ever seen this behavior [in another school] before or afterwards,” had no “reason to think that the parents of these students were any different than the parents of the other students around the state,” and had “evidence from other teachers” that MAS teachers were teaching students to “get[] in people’s faces.”

Horne then unleashed an unholy White People Freakout, starting with letters to the editor of local papers, ramping up through the familiar "speak English" and "reverse racism" bullshit, and culminating in a state law that was used as a basis for threatening to withhold educational funds from Tucson's kids.

The statute prohibits a school district or charter school from including in its program of instruction any courses that: (1) “Promote the overthrow of the United States government,” (2) “Promote resentment toward a race or class of people,” (3) “Are designed primarily for pupils of a particular ethnic group,” or (4) “Advocate ethnic solidarity instead of the treatment of pupils as individuals."

To be fair, there was a poster of Che Guevara on the wall of one of the MAS classrooms, so ...

Just kidding! It was always about racism and panic over the rising Hispanic population in the state. The board hired an independent auditor who told them the MAS curriculum didn't violate the law, but they ignored it. The law's chief legislative proponent, state Senator John Huppenthal, posted helpful blogposts on the topic, such as,

No book whatsoever has been banned. Just that MAS skinheads can’t run classrooms.

He seems nice! And guess who succeeded Horn as superintendent of Arizona's schools? That's right, it was Senator Sudetenland himself who assumed the post in 2011. In 2014, Tucson set about rewriting its MAS curriculum only to face objections from state Attorney General Tom Horne. (Yes, the same guy! No, we are not making this up.) At which point, the MAS program essentially fell dormant.

This August, US District Judge A. Wallace Tashima ruled that the campaign against MAS in Tucson schools was racist, in both intent and implementation. It violated the First and Fourteenth Amendment rights of Tucson students, teachers and parents. It targeted Latinos and restricted the flow of information. And yesterday, he permanently barred Arizona's Department of Education from enforcing any part of its stupid, racist law.

And he told the state to pay the legal fees for the plaintiffs, who had to bring a goddamn lawsuit to get Mexican-American studies in their classrooms. So, extra NiceTimes! Hooray!

Please money us! Maybe we will find you another NiceTimes case real soon!