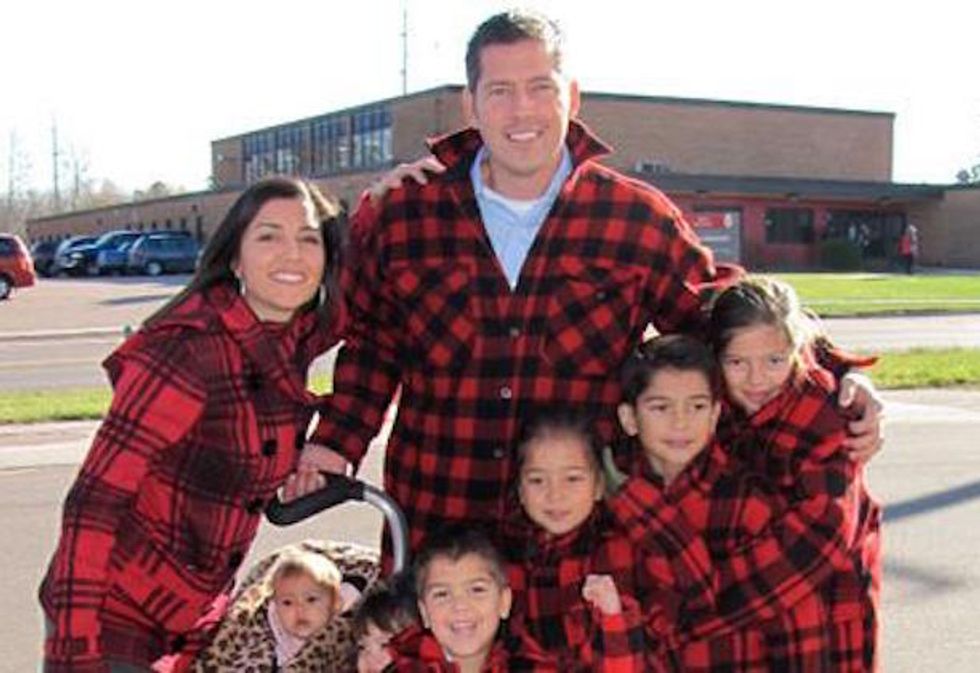 When people stop being polite, and start being lumberjacks.

Hello! And welcome to the world we live in now, in which reality television stars become politicians and it's not weird to go around publicly admitting belief in bizarre conspiracy theories! And where those things are often combined!

What is it now? Are we electing a Bachelor contestant who thinks lizard people control the universe to the Senate? No, it is just Wisconsin Congressman/Real World alum Sean Duffy going on TV and getting into some weirdness with CNN anchor Brianna Keilar about the weird ass Clinton conspiracies he believes in!

You see, Duffy didn't actually want to talk about that shit. The way this is supposed to work, according to him, I guess, is that he is supposed to be allowed to throw this nonsense out to his constituency totally unchallenged, and then be taken seriously when it is CNN time. Keilar, however, was not down for that, and called him out on his embrace of the whole "HILLARY CLINTON IS PROBS DYING BECAUSE SHE COUGHED!" conspiracy. And, naturally, he doubled down.

"You can Google and watch all kinds of video where she is having coughing attacks," Duffy said. "Donald Trump doesn't have that. Video where she stumbles off of the stage and she has to be grabbed and put back up."

Keilar goes on to dismiss his riff.

"Have you see the coughing attacks? You haven't seen those?" Duffy pressed.

"I have been there for those," Keilar said.

"Have you seen those with Trump?" Duffy asked.

"Well a cough is one thing," Duffy said. "A coughing fit is something else where it is a cough on end. Nothing on the Trump side leads you to believe he is not healthy."

For what it is worth, I am totally not dying of consumption or anything, and sometimes have coughing fits because allergies! Crazy, I know.

Duffy tried to make it seem like he was only being brought on CNN to be made a fool of (which, sure, is probably true but it's not hard to do), and mentioned that he'd been brought on to talk about Trump not disavowing David Duke fast enough before. He then claimed that CNN glossed over the fact that the Orlando shooter's dad showed up to Clinton's rally, which is weird because they definitely did not.

CNN Knows What Is News, And It Is HILLARY CLINTON LOVES THE ORLANDO SHOOTER'S DAD!!1!

He then went on some weird tangent about how Clinton aide Huma Abedin was almost definitely in cahoots with the MUSLIM BROTHERHOOD. "The information is out there!" he insisted, sounding rather like a certain fictional FBI agent we could think of. "No—I don't know what else to tell you," Keilar responded. But hey, probably she is in cahoots with the Muslim Brotherhood AND the Cigarette Smoking Man and also the Illuminati, so there's that.

He has previously claimed that Michelle Obama used her psychic powers to steal her 2008 Democratic convention speech from Melania Trump.

Anyway, another thing that happened yesterday is that Alex Jones, a man who Trump says has an "amazing reputation," went on a weird tangent about how Obama is probably the antichrist because there was a fly near his head or something. Because, again, this is the world we live in now.