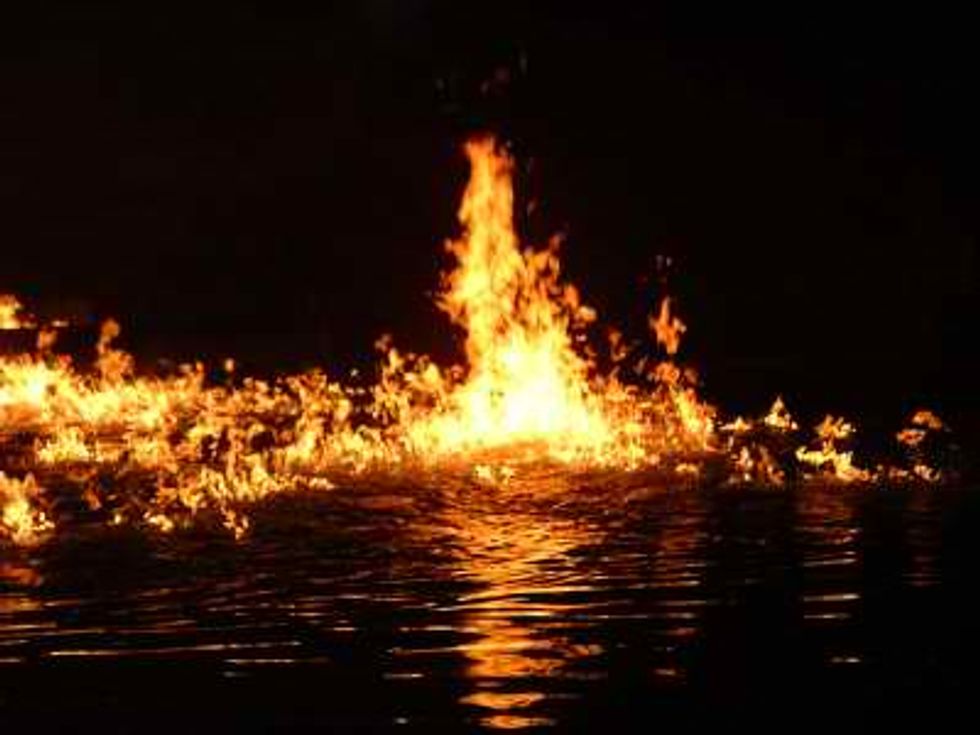 Are you having a bad day? Well, unless you "accidentally" shot a hobo through the eye, your day is not as bad as that of North Carolina state Rep. Becky Carney, Democrat of Mecklenburg, who lobbied all her colleagues to kill the environmental catastrophe that is fracking, but then was theaccidental deciding vote legalizing fracking in the state. Oh man. Remember the poor Palm Beach Jews who voted for Pat Buchanan and elected George W. Bush? This is like that but with earthquakes and water burning like it's the Cuyahoga River.

Carney pointed out that she has voted against fracking in the past, and said she spent the day lobbying other Democrats to uphold the veto of Senate Bill 820.

"And then I push the green button," she said.

Just after the vote, Carney's voice could be heard on her microphone, saying "Oh my gosh. I pushed green."

But did Carney immediately try to fix her mistake? Well of course she did, she's not an idiot.

Carney said she turned her light on, but Speaker Thom Tillis would not recognize her, so she went to the front to speak to him.

"I made a mistake, and I tried to get recognized to change it, as people have been doing all night on other bills, and it was too late," Carney said. "Because it would have changed the outcome of the vote."

"I feel rotten, and I feel tired," Carney said. "And I feel that mistakes are made constantly when people are tired. And I feel rotten about it, but I take responsibility for my vote."

As soon as the vote was cast, House Minority Leader Paul Stam used a procedural move called a "clincher" to ensure the veto override could not be reconsidered.

What was that we always hear about mean old Harry Reid not allowing Republicans to add amendments to things (like Life Begins at Conception amendments to bills about flood insurance) because he hates the minority so much and is such an anti-democratic tyrant? Yes, that is worse than this times Hitler, we guess.