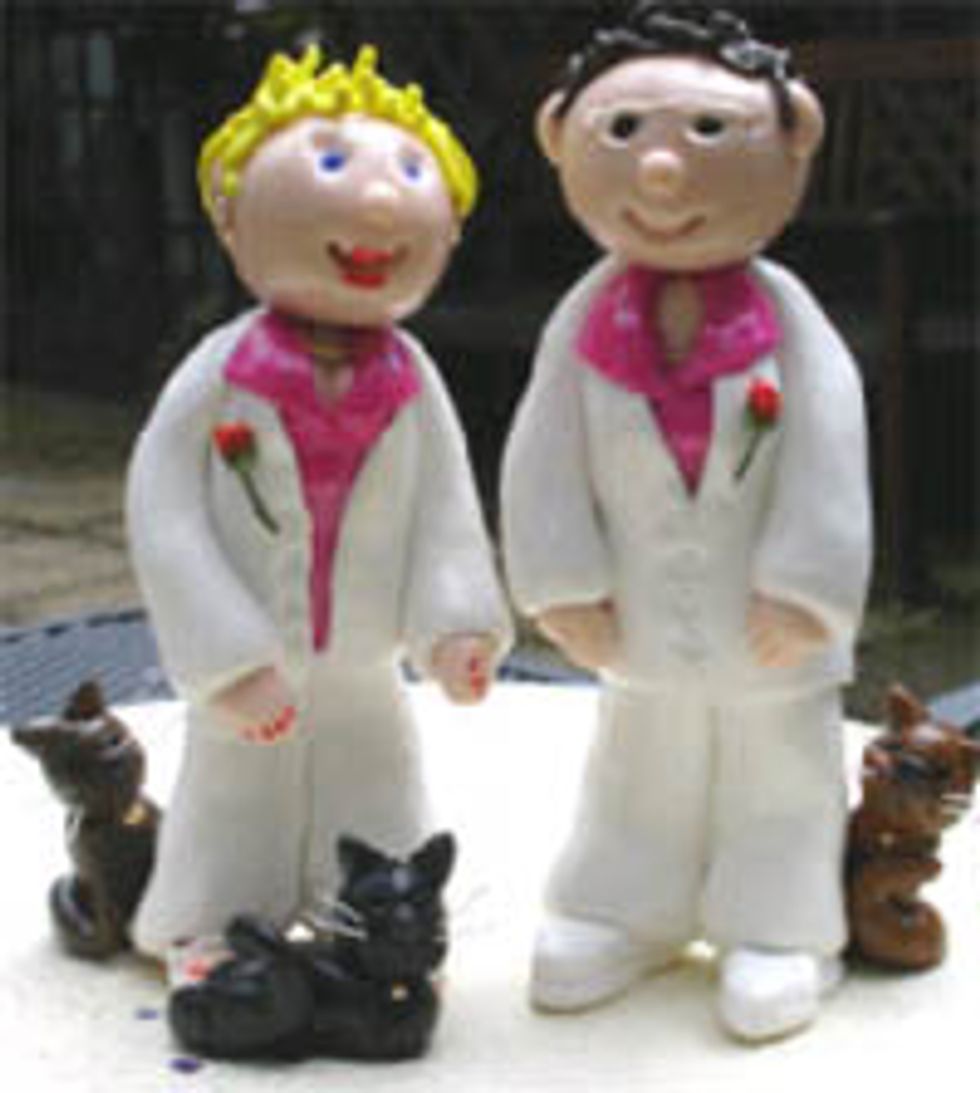 Virginia won't let The Gays get married, so this couple just walked into a courthouse and said "We would like to get married plz" and they got a marriage license and evengot married, even though they were two dudes. (One of them had really nice skin, though!) And just like that, billions of straight marriages around America went kerplunk in an explosion of existential despair.

Actually, no, nobody even noticed that these two dudes had gotten married until one of them applied to have his name changed to Penelopsky Aaryonna Goldberry, possibly the most awesome name ever invented.

That's when the ruse unravelled, and all these kindly public officials were like, "Oh whoops, the chick with the nice skin was actually an 18-year-old male named Justin." So now this couple is not married after all, but we do hope Justin goes ahead with the name change.