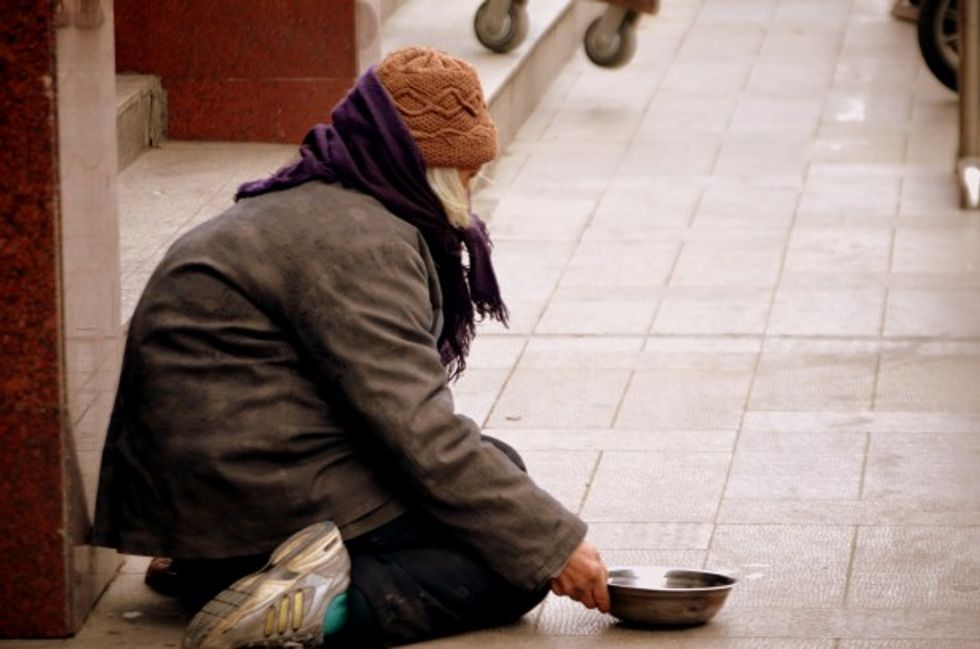 "A SCOURGE UPON OUR FAIR SOCIETY," according to douchebags.

In an open letter to Ed Lee, the mayor of San Francisco, and Greg Suhr, the city's police chief, one techbro has put his finger on the true scourge afflicting Frisco (they hate it when you call it that, which is why we will continue to do so): that sometimes he has to look at homeless people on his way to and from work and/or artisanal toast dispensaries.

Justin Keller is an "entrepreneur" and the founder of something called "Commando.io," which describes itself as "A distributed web based SSH platform for managing servers" and holy shit, we want to punch Justin Keller already. OK, maybe he's not that bad, though. Maybe he's just a dude trying to make his way in the -- NOPE, HE'S DEFINITELY THAT BAD.

Oh boy, you guys. Oh boy oh boy oh boy. Keller, in a post that has mystifyingly not yet been deleted, goes for it harder and more cluelessly than any dumb, privileged motherfucker has ever gone for it. At one point, he actually uses the word "riff raff." Strap the fuck in.

I am writing today, to voice my concern and outrage over the increasing homeless and drug problem that the city is faced with. I’ve been living in SF for over three years, and without a doubt it is the worst it has ever been. Every day, on my way to, and from work, I see people sprawled across the sidewalk, tent cities, human feces, and the faces of addiction.

Homelessness and drug addiction are very real problems! Thank you, Justin Keller, for pointing out these things, that we as a society might help the victims of these tragic --

Worst of all, it is unsafe.

This holiday weekend, I had my parents in town from Santa Barbara and relatives from Denver and Rochester New York. Unfortunately, there was [sic] three separate incidents and countless times that we were approached for money and harassed.

Orrrrrr that. That's also a direction you could go with this.

Then he lays down a paragraph so incredible, we need to absorb it in pieces:

What are you going to do to address this problem? The residents of this amazing city no longer feel safe. I know people are frustrated about gentrification happening in the city, but the reality is, we live in a free market society.

Oh no. You know that feeling you get when you spot an oncoming car crash? These three sentences are its written equivalent.

The wealthy working people have earned their right to live in the city. They went out, got an education, work hard, and earned it.

The wealthy techdouches of the Bay Area earned their right to live in the city by pulling themselves up by their e-bootstraps and creating Personal Responsibility Apps. They earned their place by having wealthy parents and enough white privilege that, were it tangible, you could use it to sink an aircraft carrier.

Woe the fuck is you, Justin Keller. Woe the motherfuck is you.

I am telling you, there is going to be a revolution.

Quite possibly, and if it does happen, we're going to eat you first.

The city needs to tackle this problem head on, it can no longer ignore it and let people do whatever they want in the city. I don’t have a magic solution… It is a very difficult and complex situation, but somehow during Super Bowl, almost all of the homeless and riff raff seem to up and vanish. I’m willing to bet that was not a coincidence. Money and political pressure can make change.

"Look, I'm not saying the answer is to quietly round all the riff raff up in camps and gas them, but hey, it would solve the problem, wouldn't it?"

Democracy is not the last stop in politics. In-fact, the order of progression according to Socrates via Plato in the Republic goes

OK we need to cut Keller off here, because HOLY FUCK, the jerk-off motion we just made could influence tides.

In-fact, the order of progression according to Socrates via Plato in the Republic goes: timocracy, oligarchy, democracy, and finally tyranny. Socrates argues that a society will decay and pass through each government in succession, eventually becoming a tyranny.

Nope, this time our eyes rolled so hard they actually exploded. We think we're done here.

Keller has since apologized for use of the term "riff raff" and, as one does, has claimed his post was misunderstood and that really, people should be mad at the government for not doing anything to solve the problem of those disgusting poors and -- AWW CRAP, HE LET HIS INNER MONOLOGUE OUT FOR A STROLL AGAIN, DIDN'T HE?!

We've seen privileged "fuck the poor" douchery before, but possibly never in this tightly-packed a punch. So congratulations, Justin Keller; if you wanted to make decent human beings vomit bile at one of the most repugnant screeds in recent memory, that's a job well done. Now please go fuck yourself and disappear from public view forever.