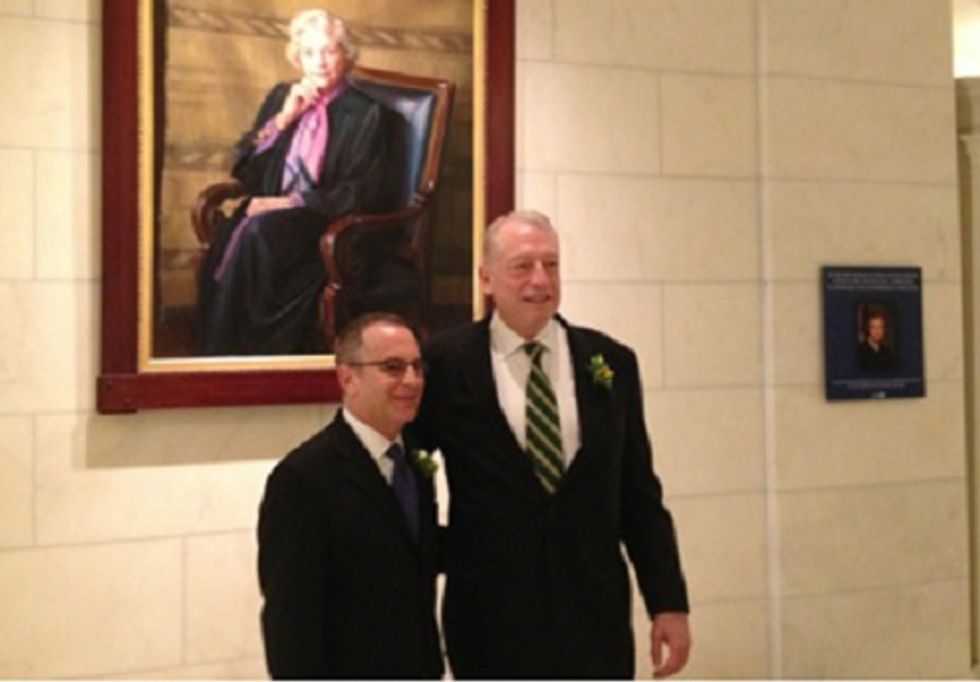 Retired Justice Sandra Day O'Connor presided over the wedding of Jeffrey Trammell and Stuart Serkin at the Supreme Court in Washington DC Tuesday. O'Connor has known Trammell from her time as chancellor at the College of William and Mary, where Trammell was the first openly gay rector. Trammel and Serkin have been together for 36 years, and we wish them many more years together. Heck, these gay wedding things are happening so frequently that maybe we should probably just start calling 'em "weddings," dontcha think?

Bloomberg News notes that the ceremony

took place in the lawyer's lounge of the court ... just off the courtroom where the sitting justices delivered a pair of 5-4 decisions in June that stopped short of legalizing gay marriage across the country yet struck down a federal law barring benefits for spouses in same-sex marriages.

We'll confess -- we're kind of suckers for that kind of symbolism.

It appears that this is, however, actually the second same-sex wedding at the Supreme Court. Ruth Bader Ginsberg, who just seems to be gay-marrying people all over the place these days, presided at a wedding there last Saturday. We're fairly certain that O'Connor was not grinding her teeth at being upstaged. We hope.

As is becoming something of a habit, we are compelled to point out that the weddings came off without the Supreme Court being hit by any errant meteors or thunderbolts, although we understand that in some locations, pearls may have been furiously clutched.