Santorum: Colleges Are 'Indoctrination Mills' That Evilly Enlighten The Young 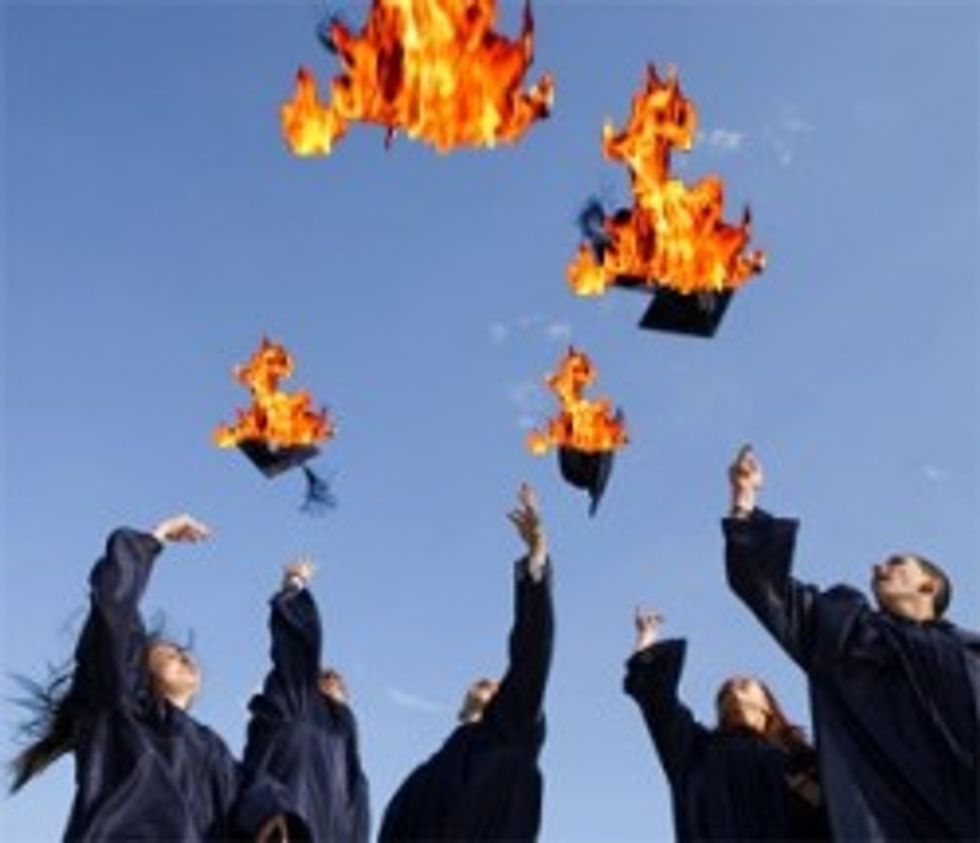 Santorum continued his Knowledge Is Evil Tour this week with a visit to husband Glenn Beck's radio program, where he went the farthest he's gone yet -- no guarantees that by summer's end he won't be recommending locking children in a dungeon with a Bible, some water and breadsticks i.e. the body of Christ for 18 years -- in condemning higher education as an expensive and frightening thing that sucks Christianity right out of us, even those of us who are not Christian but had the potential to be until big heavy textbooks whalloped us over the head. Santorum, in this hour-long verbal makeout session, basically compared college to a factory, and cited some probably invented statistic that "62 percent of kids who go into college with a faith commitment leave without it," which really is great news, if true. As the National Journal politely put it, Santorum "declined to cite a source for the figure."

I understand why Barack Obama wants to send every kid to college, because of their indoctrination mills, absolutely … The indoctrination that is going on at the university level is a harm to our country.

In this interview, which apparently was some weird kind of circus magic performance attended by other media members, Santorum also "expanded on his vision of dramatically reduced involvement in public education by both the states and the federal government," in other words, the only persons who should have any say over a kid's education is their sheltered, culturally deaf and blind parents, who know nothing of this world beyond the fact that they and all their wha neighbors have an average of 38 kids each and they are all beautiful gifts from this one particular lord.

Who, by the way, this lord is the reason Santorum is running for president, not sure if he knows that! But FYI Christ. [National Journal]