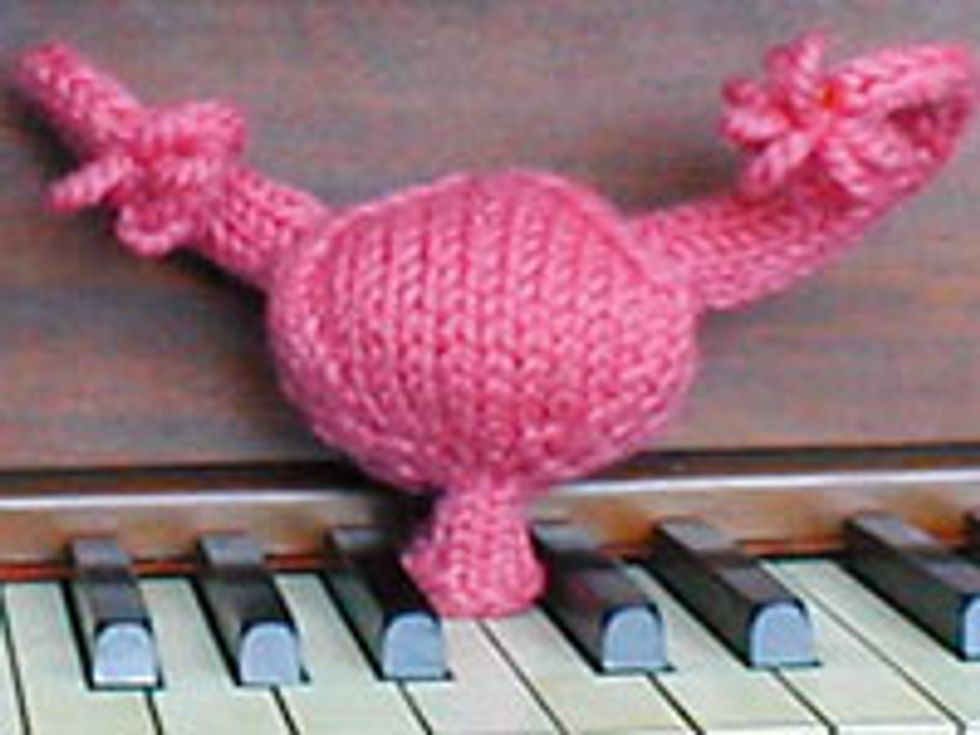 Oh, hello, beasts of burden. Remember me? I'm good ol' Sara Benincasa, your friend from the days of a kkkolumn calledBarry Can You Hear Me? Well now I am Back, hahaha, and more terrible than ever. So terrible, in fact, that tonight I am hosting a party for the feared chieftainesses of wimmin's lib right here in New York City, a place where I am and maybe you are as well! It is called The 5th Annual Roe on the Rocks Benefit for Planned Parenthood of NYC, and it is going to be so very much fun.

Anyhoozles, I am very nervous about this rock and roll show because I want to do a very good job and make the feminists laff in the midst of our current collective Vale of Tears. Basically, I am Bob Hope and we are at War against the people who are at War on Womynz, so I will wear a suit and talk into an old-fashioned microphone and bring up a ditzy, zazzy pin-up gal to rally the troops, and the troops will drink champagne and laugh about old tymes and then ask each other why it is, exactly, that in 2012 elected, educated, adult human officials believe "birth control" is something made by witches with mortar and pestle under a waxing moon during the Rutting Season. You could be there! You SHOULD be there!

In my imagination, this post has been like the part at the end of "Robin Hood, Prince of Thieves" when Sean Connery growls "I object!" when Robin of Locksley is trying to marry Mary Elizabeth Curlyhairionio and everyone turns and is like, "SURPRISE CAMEO IT IS SEAN CONNERY!" and then he smiles and says, "Because I want to give away the bride" or whatever. Except this post has been about feminism, and I am not "heroic" King Richard back from murdering innocent Muslamics, and I am not Scottish. But. Thanks to the powers of your betwitching editrix, I have indeed returned. So you should come out to celebrate uteruses and Wonkette tonight at this shindig in NYC.

I have really missed you.

Here are your basic details:

What: 5th Annual Roe on the Rocks Benefit for Planned Parenthood NYC