Sarah Palin Declares 'Wee-Wee' to Be a Word, Thing That Santorum Haters Do 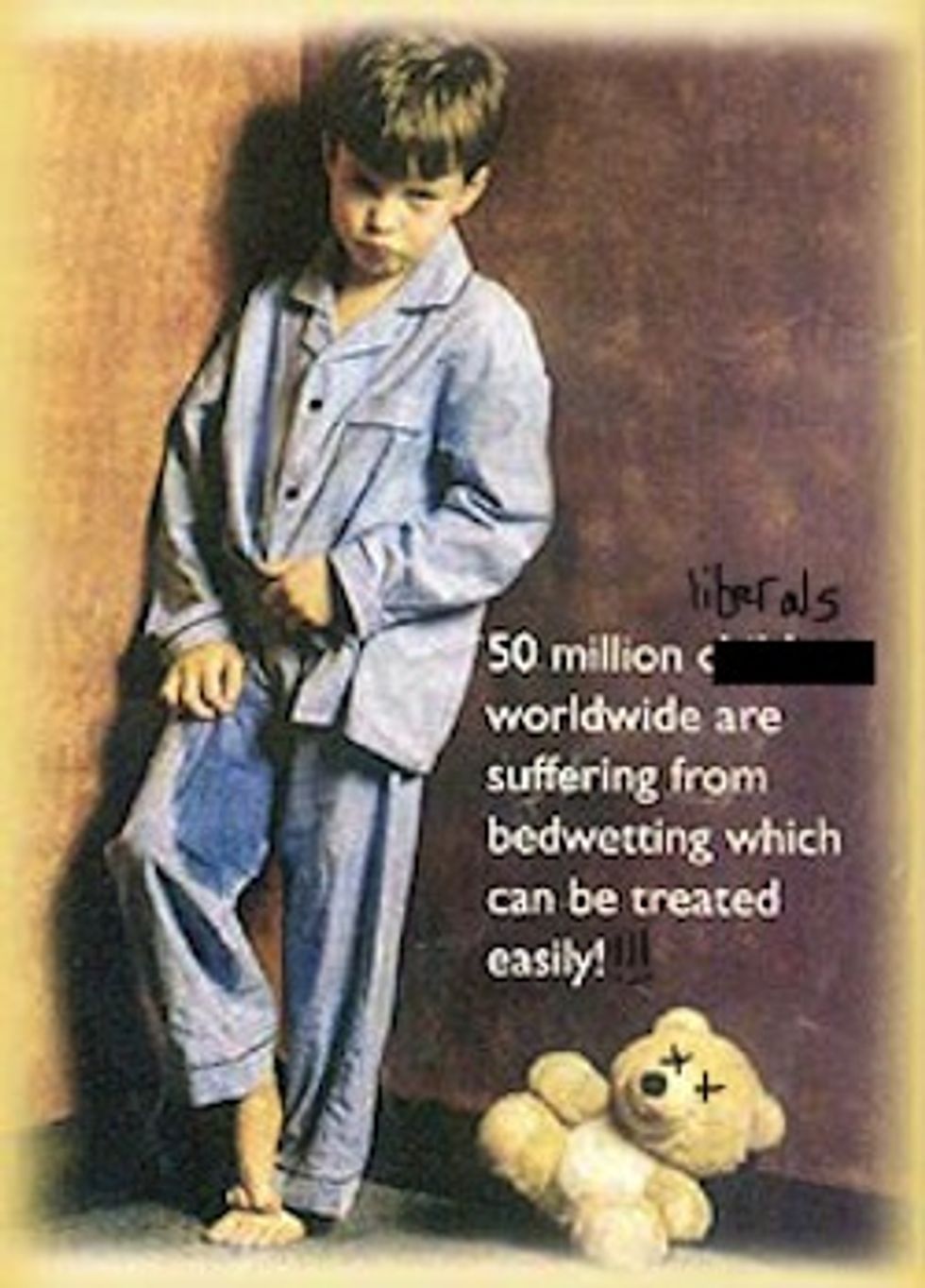 Sarah Palin went on Fox News to talk about Satan's 2008 speech about Rick Santorum on Tuesday, and in the process made a sound that she then passed off as an adjective recognized by English speakers as something that people who don't like Rick Santorum do when Rick Santorum does something that they don't like. The sound was "wee-wee," and its definition is...well, who can say? Is it the sound of pigs heading home from market? Is it the sound of crying? Is it a British child saying it has to go to the bathroom? The correct usage of this term is apparently "all wee-weed up," which, so, grabbing one's crotch in uncertainty and fear? Well, according to OBAMA, who uttered this very same expression in 2009, it means bedwetting. You see, well, when Obama says things, we must all go running for the dictionary, because he holds an elected office, and, not insignificantly, stays in that office for the appointed time.

In this particular Fox News apparition, Palin also busted out an old favorite, "lame-stream media," to describe the way we have all been clamoring to talk about what exactly a Satan is, when described by a Rick Santorum. Palin as usual misses the point, but apparently Satan is all the same to you and me, and haven't we all, all of us, every one, been to Sunday school?

This was a speech that he gave back in 2008 where he named evil as Satan. For these lame-stream media characters to get all wee-weed up about that — first, you have to ask yourself, have they ever, ever attended a Sunday school class even? Have they never heard this terminology before?

Palin also apparently feels some fuzzy and wonderful connection to Santorum over the fact that they are the least eloquent people in the world available to speak English "words" in political environments, making the comparison that when she was running for/from vice president, the media "ran that tape over and over again." BUT what, do tell, is "that tape"? There were so very many. Look, here's another one! [Huffington Post]