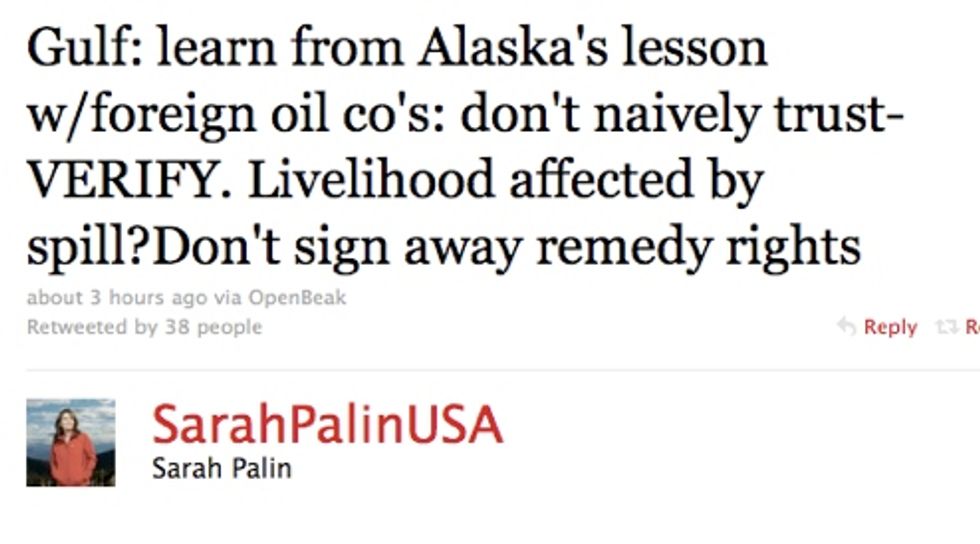 Stupid citizens of the Gulf Coast of the United States. What were you doing leasing your 'Merkin Rigs to the backstabbing limey lobsterback royalists? They lit us on fire in 1812, and before that, it was even worse:they taxed our luxury goods. We must reject the British East India Company's tasteless mercantilist monopoly of Oile and nuke Knifecrime Island five times tomorrow, while they are busy electing their next Protestant Queen. [Twitter via Jason Linkins/HuffPo]