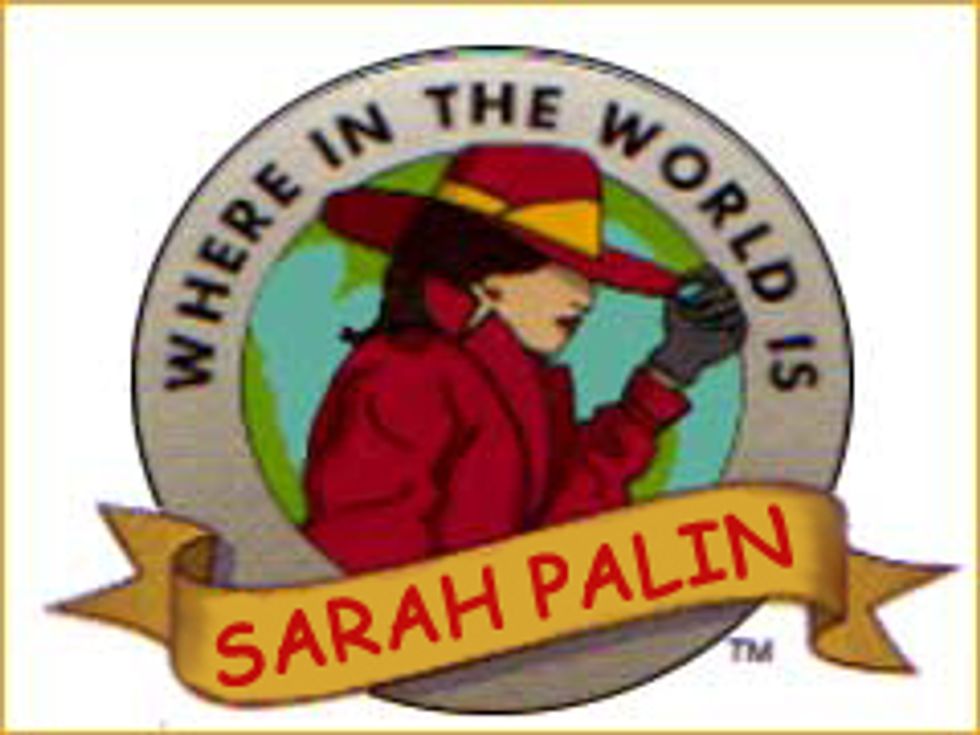 Here is something about the media: Reality TV star Sarah Palin feels they are not working hard enough. She will not be the kind of "conventional politician" who gives out schedules and press availabilities and makes everything so easy on lazy reporters with deadlines. No, she will be like Carmen Sandiego and everyone will be required to do some "investigative work" to figure out where she will go next on her vacation tour to snap crappy pictures for her SarahPAC blog.

Palin did manage to grant a scheduled interview with Greta Van Susteren for Fox News, in which she declared she will not schedule interviews for anyone else:

No, I want them to have to do a little bit of work on a tour like this and that would include not necessarily telling them beforehand where every stop is going to be, you know, if they -- we’ll do a stop, we’ll do a lot of OTRs, off the records, we’ll meet a lot of great Americans and then I’ll write about that at the end of the day and it’s not about me, it’s not a publicity-seeking tour, it’s about highlighting the great things about America and the media can figure out where we’re going if they do their investigative work or they’re going to keep, kind of as you put it, going crazy trying to figure out what we’re doing here.

Claiming to hate the media and then telling them to work harder to discover her whereabouts has just about her usual level of logic to it, which is to say, "none at all." File this alongside statements like, "this isn't a campaign tour, except to campaign on our Constitution, our charters of liberty," because what does that evenmean? Is it a special secret teabagger code for the name of her next stop? More clues needed! [The Washington Independent/TPM Muckraker]