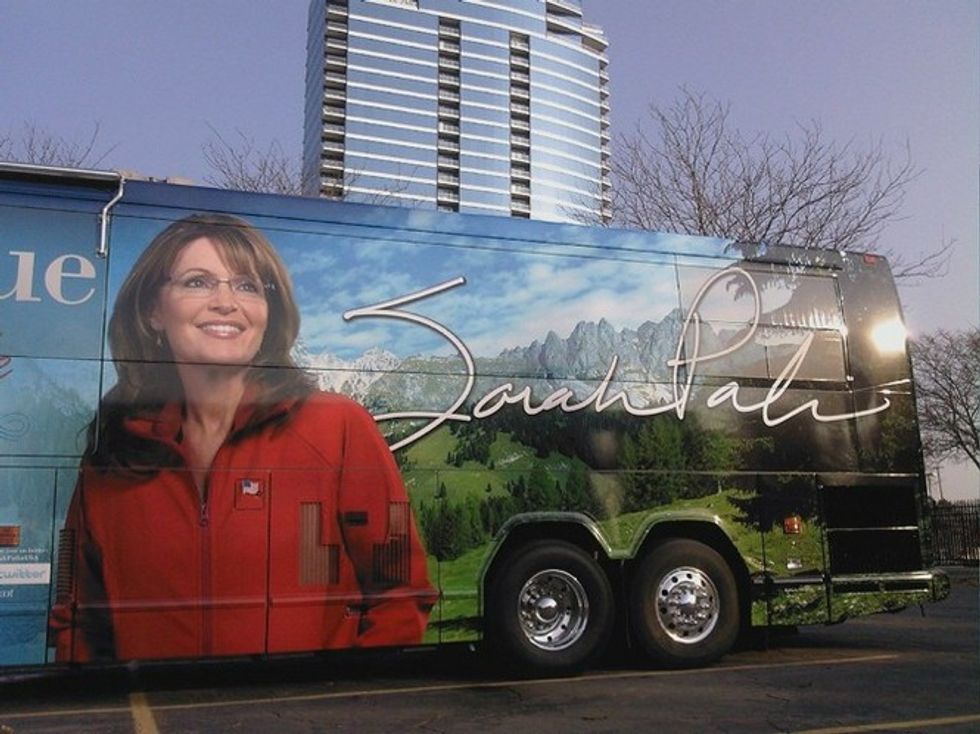 Hello Iowa grannies, can y'all reach into your Medicare check and help Sister Sarah Palin out? Because she would like some gas money for how to go vroom in big bus zoom zoom moosefarts Iowa Trump you betcha, and it's not like Donald Trump got to be a billionaire by spending money on other people's jets. (In fact, he's renting out his own jet to his own campaign, he said with his mouth, so he is "actually making money" direct quote, lol you poor old love-gifters are getting so boned.)

ANYWAY. Here is Sarah PAC's plea (spotted by this Politico dude) for you to add on to her millions, and Trump's billions, by giving money for Sarah's travel to spew Bennies-vomit on the short-fingered vulgarian.

vroom bye bye in the car

[contextly_sidebar id="0F6MQUWiUgRSkjkMkCq3f9ubsjN3advd"]At least she's honest this time; we all know her PAC doesn't actually give any money to "candidates."

If for some unknown reason you don't want to give Sarah Palin your hard-earned welfare check, consider endorsing it over to "cash" for the Wonkette 2016 Winter Wonksicle Tour, wending its way to Iowa, New Hampshire, Chicago, Detroit, New York City, DC, South Carolina, Memphis, and Oklahoma City instead.

WHOOPS almost forgot to throw the baby at you. FEED THE BABY.

We promise to give hardly any of it to Donald Trump.