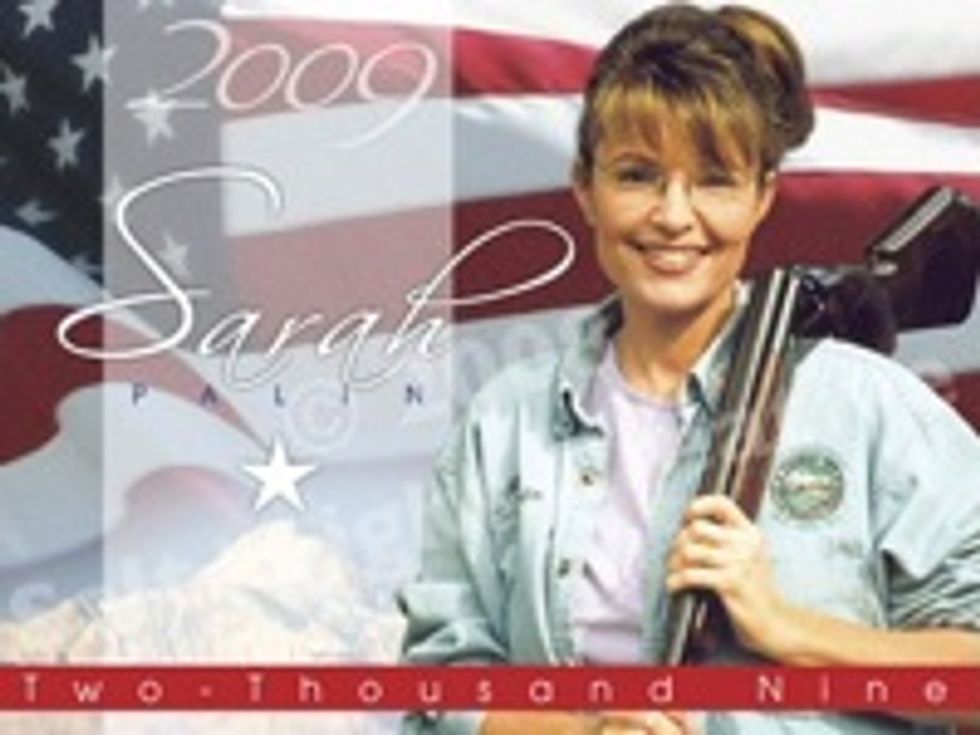 Super weird thing happening on Monday night: sexy simultaneous dinner parties for Joe Biden, Colin Powell and WALNUTS! himself, Sen. John Sidney McCain MCMLXLVIII! Huh? Barack Obama will stop at each one for a few seconds, offer his love for these demons, and escape just before the cutting of the cake. His appearance at the McCain dinner will be longer than that of, say, Sarah Palin, who wasnot invited, because she's a woman.

Mother Jones calls this a deliberate snub, so okay, a "snub" it shall be.

At the McCain dinner, the GOP senator, who managed to suppress his bipartisan tendencies during the hard-fought 2008 campaign, will be introduced by one of his closest Senate confidants: Senator Lindsey Graham. But McCain's No. 1 booster during the last year will not be among those hailing McCain. Alaska Governor Sarah Palin, his controversial running-mate, will not attend the dinner, Bill McAllister, a Palin spokesman tells Mother Jones.

According to McAllister, Palin will spend next week in her home state preparing for the legislative session, which begins on Tuesday, and for her State of the State address on Thursday.

To make things even worse, Massachusetts black governor Deval Patrick will be the master of ceremonies. A black Northeastern communist was invited to run the show over Sarah Palin! Ha ha, "State of the State."