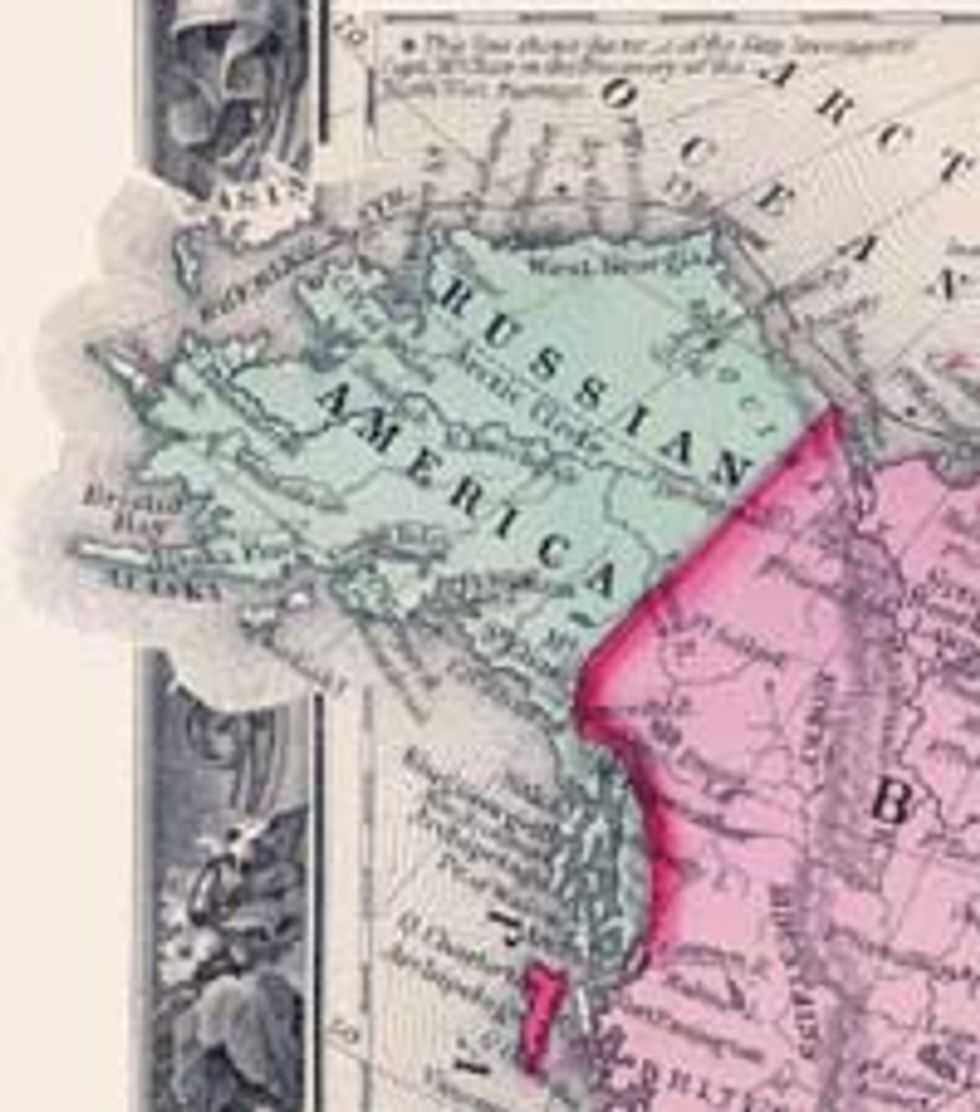 Excerpts have leaked from Charlie Gibson's first of three interviews with Sarah Palin, which will be aired in some form tonight on his ABC News show. We were expecting a puffy sort of chit-chat, and it mostly is, except for the part where they talk about WAR WITH FREAKING RUSSIA. Now, when you run around saying Georgia and Ukraine should be let into NATO -- as both John McCain and Barack Obama do -- as some reward for establishing a vaguely democratic government, that'smuch more than a harmless platitude -- there are actual, real-world implications! No one has really bothered to push McCain or Obama on this, which is why it's so hilarious that Gibson pushed Palin on it during her first big interview. And she fucked up.

PALIN: We cannot repeat the Cold War. We are thankful that, under Reagan, we won the Cold War, without a shot fired, also. We've learned lessons from that in our relationship with Russia, previously the Soviet Union.

We will not repeat a Cold War. We must have good relationship with our allies, pressuring, also, helping us to remind Russia that it's in their benefit, also, a mutually beneficial relationship for us all to be getting along.

GIBSON: Would you favor putting Georgia and Ukraine in NATO?

GIBSON: Because Putin has said he would not tolerate NATO incursion into the Caucasus.

PALIN: Well, you know, the Rose Revolution, the Orange Revolution, those actions have showed us that those democratic nations, I believe, deserve to be in NATO.

GIBSON: And under the NATO treaty, wouldn't we then have to go to war if Russia went into Georgia?

PALIN: Perhaps so. I mean, that is the agreement when you are a NATO ally, is if another country is attacked, you're going to be expected to be called upon and help.

But NATO, I think, should include Ukraine, definitely, at this point and I think that we need to -- especially with new leadership coming in on January 20, being sworn on, on either ticket, we have got to make sure that we strengthen our allies, our ties with each one of those NATO members.

We have got to make sure that that is the group that can be counted upon to defend one another in a very dangerous world today.

To be fair, no one has any fucking clue what to do about Russia, except that We Must Do Something To Stop Them. But when you're asked in an interview under any circumstances whether we'll have to go to War with Russia, you should never respond "Perhaps so," BECAUSE WAR WITH RUSSIA WOULD BE THE WORST THING IMAGINABLE. It may be the logical outcome of all this NATO-expansion, rub-it-in-Russia's-nose B.S. people throw around so willingly, but you're not supposed to let anyone know that, Palin! Even John McCain -- who would love nothing more than a full ground siege of fucking Moscow, it would be the culmination of years of wet dreams -- would not have said "Perhaps so"; he'd have something like, "not war, but we must contain the Czar." And there would be no follow-ups because John McCain is a War Hero and honorable.

So yeah, ouch. In Sarah Palin's first basic interview, Charlie Gibson got her to talk up WAR WITH RUSSIA without even breaking a sweat. Practice practice practice, Sarah!