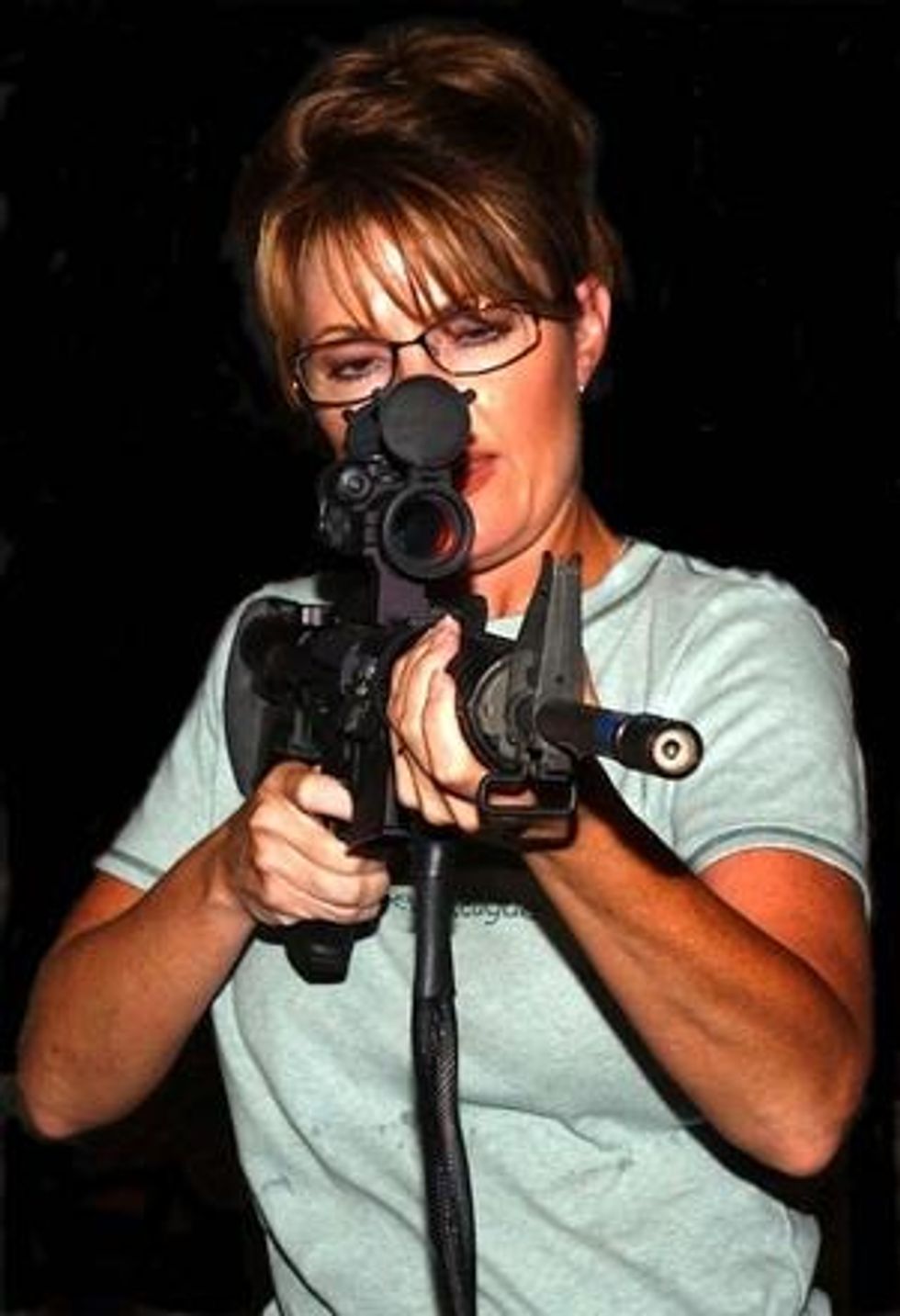 Here's a huge surprise: Sarah Palin is nauseated and disgusted that Barack Obama is "Palling Around with [a] Cop-Killer Advocate" who she can't even name, because the nominee she's referring to,Debo Adegbile, is just too disgusting and horrifying to even mention, and is also quite blackity-blackblackblack, but that is definitely not the issue here, because only black people play the race card. Says Sarah (or her ghostwriter? This sounds mean enough to be the real deal):

You know evil reigns when America’s “leader” gives full-throated support for a cop-killer advocate. Obama wants this guy to help run the Department of Justice.

Now, what is a "cop-killer advocate?" It's clearly someone who advocates killing cops, right? Which is exactly what you are advocating if you helped in any way with defending a cop killer. As we've already noted today, Adegbile's advocacy of cop-killing consisted of helping to file a brief in one of Mumia Abu-Jamal's appeals, which for almost-Vice-President Palin is pretty much the same as shooting cops himself.

Palin goes on to ask, "Law enforcement union leaders: are you still proud of your support for liberals?" You know, all of us liberals who think the Constitution even applies to bad people? Yes, we pull the trigger in every shooting of a cop, too, apparently. Best disband those unions just to avoid the taint.

The half-term gubernatorial quitter closes with this:

Friends, what we’re witnessing is a lost cause on the domestic and international fronts. So, what we do is hold on, pray hard, and oust the Obama administration’s agenda at the ballot box. Work hard, America, as you look forward to the end of the Obama era. It will be the end of an error.

Oh golly, let's hope America even lasts that long. Because who knows, maybe the weak/power-mad tyrant/incompetent in mom jeans will shoot all the police and declare himself dictator for life (in a wimpy kind of way) before there are any more elections. He's so evil, and keeps shoving his full-throated support for unnamable cop-killer advocates down our throats. Thank heaven Sarah is keeping an eye on him and defending Truth, Justice, and continued contributions to GrifterPAC.