Sarah Palin Right About A Thing 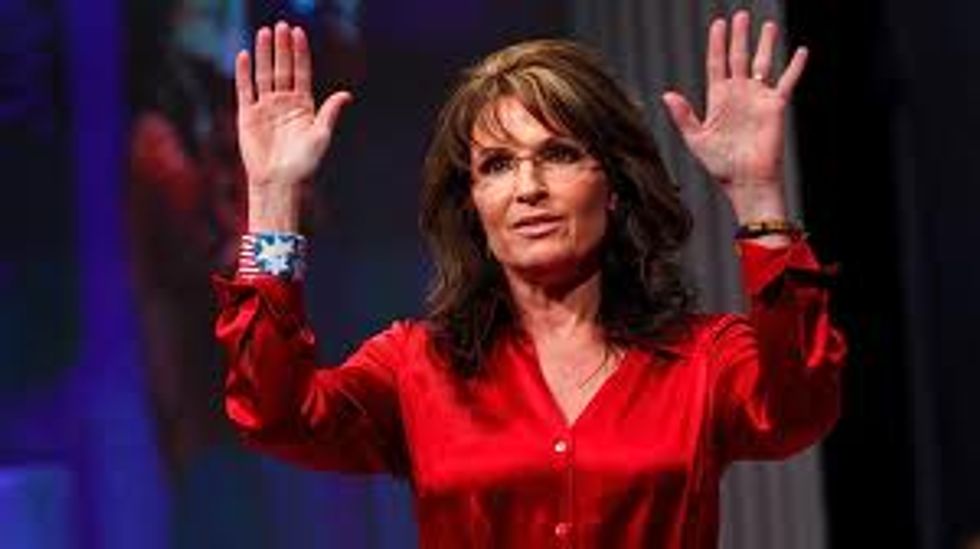 What's this, what's this? Former halfterm governor and sexy grandma Sarah Palin opened her permanently lip-linered lips and words came out and they were not lies, for a while! Somebody call an ambulance, Sarah Palin might have been having a stroke! The shockingly true words spilled forth after the Washington Post reported that one of the skeezoids in charge of the Secret Service's Cartagena Funtime Hooker Romp had previously posted pictures of himself with Palin on Facebook, and made gross comments intimating that he took sexual pleasure in checking out her hot body, which is actually for real tons more shocking than the Secret Service's Colombia happy hookers. A) Dude, you are Secret Service GET THE FUCK OFF FACEBOOK. B) The level of unprofessionalism in posting pictures of you skeeving on someone you were supposed to be guarding with your life, not your cock, is actually outrageous not fake outrageous, to the point where we are feeling very shrieky and Jezebel! You are a trained killing machine, not Rich Lowry. Leave your starbursts out of it. What could you have said while NOT POSTING PICTURES OF YOUR PROTECTEE ON FACEBOOK? How about: nothing. You could have said nothing. Yes, "nothing" sounds about right.

"Well, this agent who was kind of ridiculous there in posting pictures and comments about checking someone out," Palin told Greta van Susteren on her FOX News program. "Well check this out, bodyguard -- you're fired. And I hope his wife sends him to the doghouse. As long as he's not eating the dog, along with his former boss. Greta, you know, a lot of people will just, I guess say that this is boys being boys. And boys will be boys, but they shouldn't be in positions of authority."

Oh man, Sarah Palin has been waiting days to use that doghouse/eat a dog snap, because haw haw haw and because she is a cheap, vulgar woman. She is so cheap and vulgar that later on, when she says Obama should be outraged because the Secret Service might be checking out Michelle's ass when they are supposed to be looking for snipers or whatever, she has to add "I say that not just tongue in cheek, but I say that seriously," because she is constantly such a cooze that she has to explain when she is not joking while showing concern for others.

Secret Service you are all fired, Sarah Palin says so and so say we all. [RealClearPolitics/WaPo]