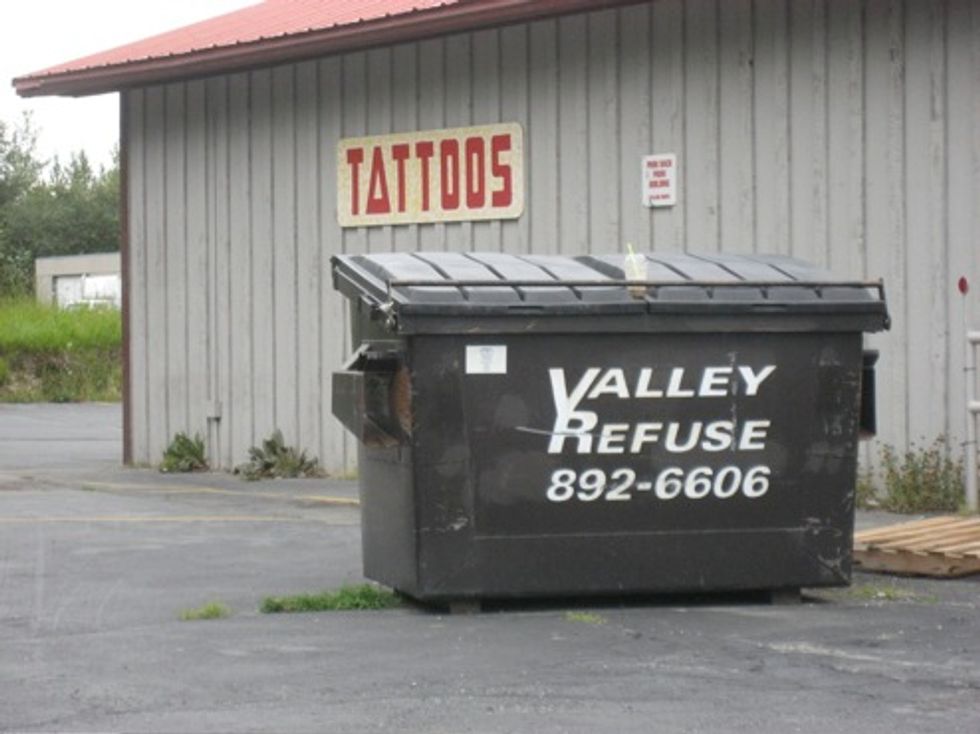 Human dumpster Sarah Palin hasn't held many unnecessary interviews in the last few weeks, what the hell is wrong with her? Does she want this thing in 2012 or not?? Her lazy ass needs to be in cold motherfuckin' IOWA right now and every week for the next few years, going to fried steak dinners with theDes Moines Register people and what not. This is what one must do. John Edwards put four goddamn years into that state and look what happened, OH RIGHT, he's President. Well, Sarah Palin may not have the "grit" of John Edwards, but she's at least creeping her way back onto the interview circuit. The safe outlets only, of course. Now let's see what she told the wingnuts at Human Events about her experience on the McCain campaign... ah, she did nothing wrong and wasn't allowed to do enough right.

"Gizzi" from Human Events asks her a pretty wide-open question: "What was the biggest mistake made in the ’08 campaign?" HMMMMMMM... her? No!

PALIN: The biggest mistake made was that I could have called more shots on this: the opportunities that were not seized to speak to more Americans via media. I was not allowed to do very many interviews, and the interviews that I did were not necessarily those I would have chosen. But I was so thankful to have the opportunity to run with John McCain that I was not going to argue with the strategy decisions that some of his people were making regarding the media contacts.

But if I would have been in charge, I would have wanted to speak to more reporters because that’s how you get your message out to the electorate.

Look everyone, Sarah Palin managed to get this subjective, vague, no-real-answer softball of a question objectively and wholly wrong.

GIZZI: And what was the most important lesson you learned from the campaign?

PALIN: The campaign was 99.9% amazing and invigorating and inspiring. But looking back, there were so many things that were outside of my control. I was in a campaign in which I did not know the people individually running the campaign. So I had to put my life, my career, my family, and my reputation in their hands. That’s kind of a scary thing to do when you don’t know the people you are working with.

Now I have all the faith in the world in Sen. McCain and his family. But some of the folks around him I did not know, and so it was a kind of a risky thing for me to put my faith in the decisions they were making on my behalf.

As an administrator, as a chief executive of a state, I am not used to that. I am used to proving my abilities by calling the shots. Then I know the buck stops with me. I made the decisions, and I’m responsible. When others are making decisions for me, as they were in the campaign, and I am the one to live with the fallout from the decisions that were made on my behalf, that is something I am not very comfortable with.

GIZZI: Do you want to give me any names of people?

PALIN: No. But they’re folks who have done this before. Of course, I haven’t done this on a national level before.

But my reliance on seeking God’s direction in all that I do -- that is good enough for me. And others who have a different worldview and different strategy on messaging and such, I would like to have the opportunity to prove to them that my gut instincts were going to be quite adequate.

Well Sarah, the problem with that is that God thinks you're a strange clown and likes to mess with you. And it's too late to prove the adequacy of your "gut instincts," which have already been proven to be shite ever since you accepted the vice president slot.