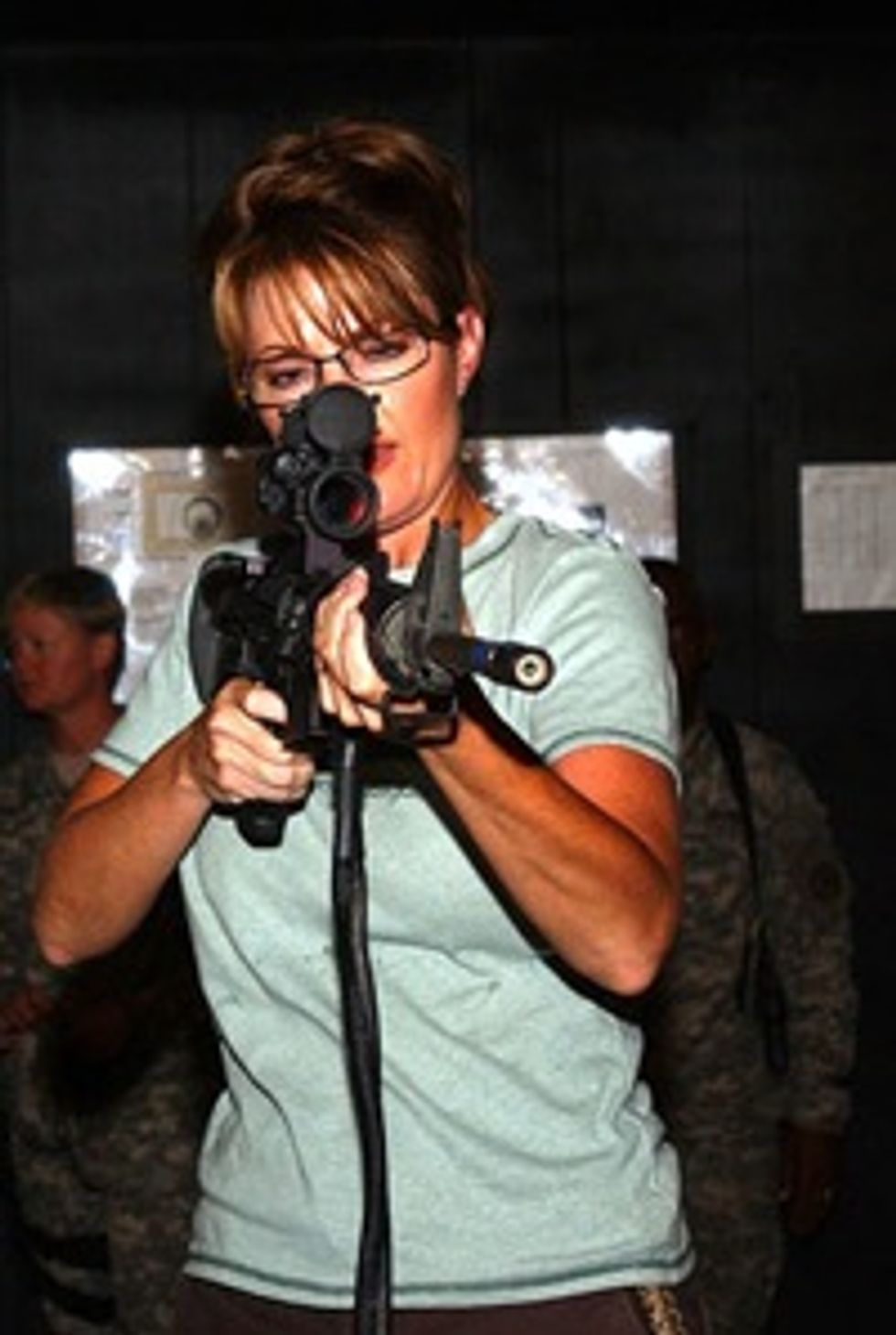 Yay, it'sSarah Palin Tuesday! Anybody who reads that sentence and thinks, "Ugh who even cares about that woman, she is as boring as Meghan McCain" is welcome to just go slobber over Foreign Affairs if they thirst so deeply for knowledge. Everyone else can stick around for exciting Sarah Palin Memorial Gun News.

It's engraved with Palin's name and adorned with a map of the state on the collapsible stock - made legal after the expiration of the assault weapons ban in 2004. The Big Dipper from the state flag is etched on the magazine well behind a vented barrel guard.

The rifle is chambered in .50-caliber "Beowulf." It's the same caliber used by heavy machine guns, which can take down big game, and in war zones "can disable both motor vehicles and assailants with body armor," according to ammo manufacturer Alexander Arms' Web site.

Sadly, only TWO of these weapons exist in the whole world, and Sarah Palin gets one of them. The other one will be auctioned off. So save up your lunch munnies, this too could be yours!