Sarah Palin Under the Impression That Chris Christie Wears 'Panties' 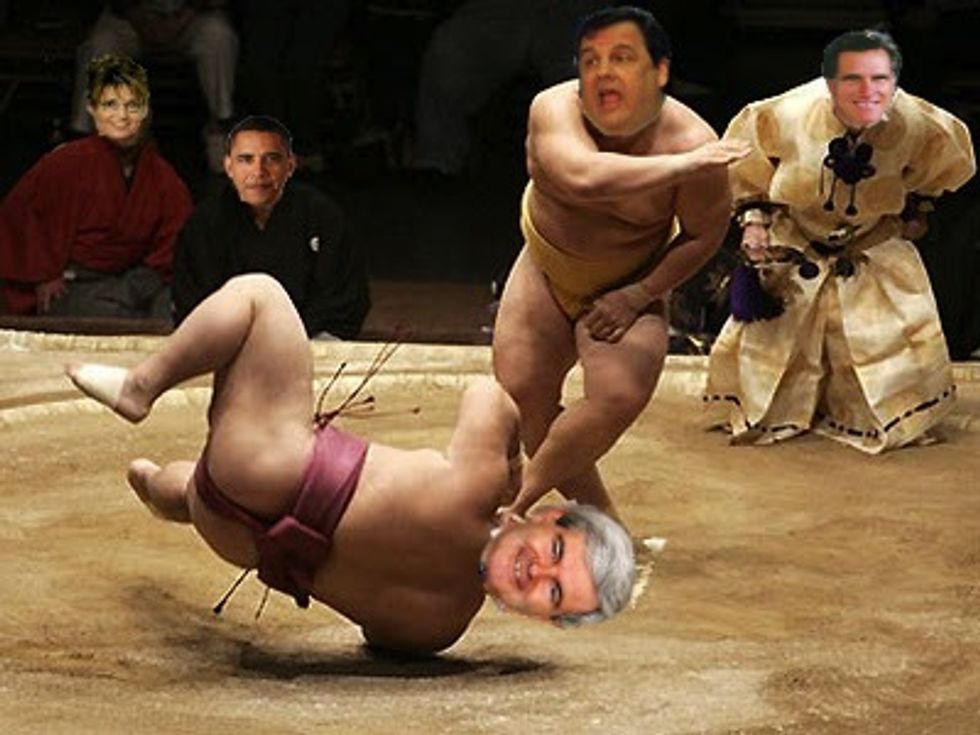 New Jersey Governor Chris Christie, the supposed-to-have-run of the Republican party, declared Newt Gingrich to be an "embarrassment" to the party during an appearance on NBC's Meet the Press this past weekend, so as usual a Republican is embarrassed by America, since Newt, you know, won the South Carolina primary with many more votes than John McCain won in 2008. To this remark, Fox News loiterer Sarah Palin condescendingly forgave Christie immediately -- "Poor Chris. That was a rookie mistake" -- but at the same time suggested that the New Jersey governor was getting his "panties in a wad," though this is probably a requirement/side effect of joining the Romney campaign. Romney himself prefers long chastity underwear, worn inside out, with the buttons on the inside to make access by others more difficult.

Still, such a Mama Bear even while mauling her prey:

You know, sometimes, if your candidate loses in just one step along this path, as was the case when Romney lost to Newt the other night — and, of course, Romney is Chris Christie’s guy — well, you kind of get your panties in a wad, and you may say things that you regret later. And I think that that’s what Chris Christie did.