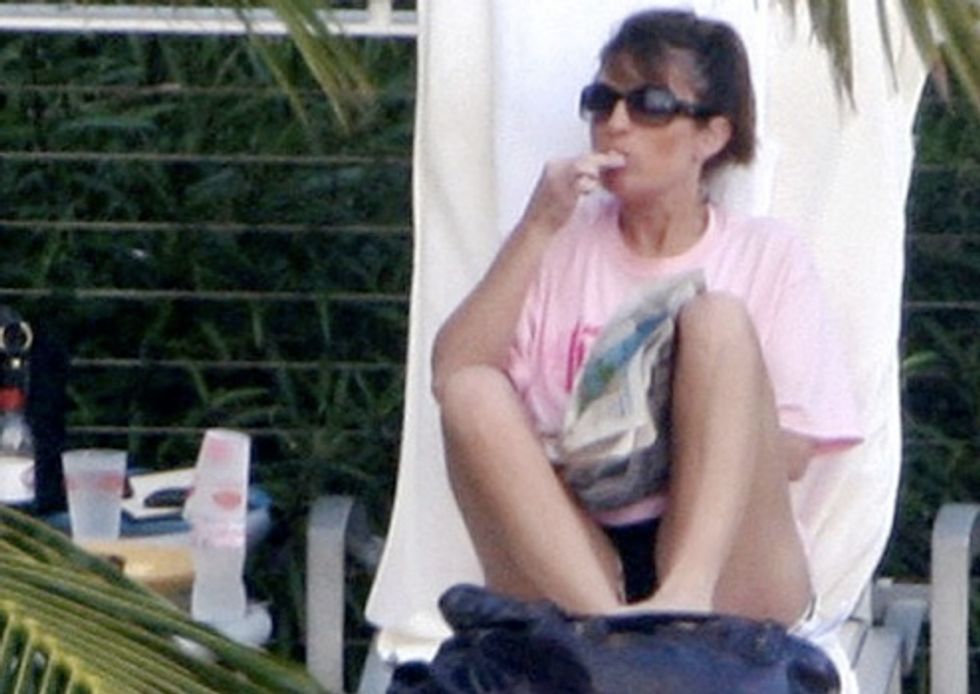 "Congratulations," or whatever the equivalent is in Twitter or Alaskan, are in order to virtuoso grifter Sarah Palin, who has landed herself a prime commercial ("$", in Twitter) speaking gig! This is not just going to be some low-grade demagoguery on behalf of Christian wolves or whatever. You see, for fees unknown, Palin is going to Asia, the famous continent!

Specifically, Palin is headed to Hong Kong for purposes of... saying things... to investors of the brokerage firm CLSA Asia-Pacific Markets:

"Our keynote speakers are notable luminaries who often address topics that go beyond traditional finance such as geopolitics," company spokeswoman Simone Wheeler said in a statement.

"We just felt it would be a fabulous opportunity for CLSA clients to hear from Mrs. Palin," Wheeler said, adding that CLSA approached Palin with the offer.