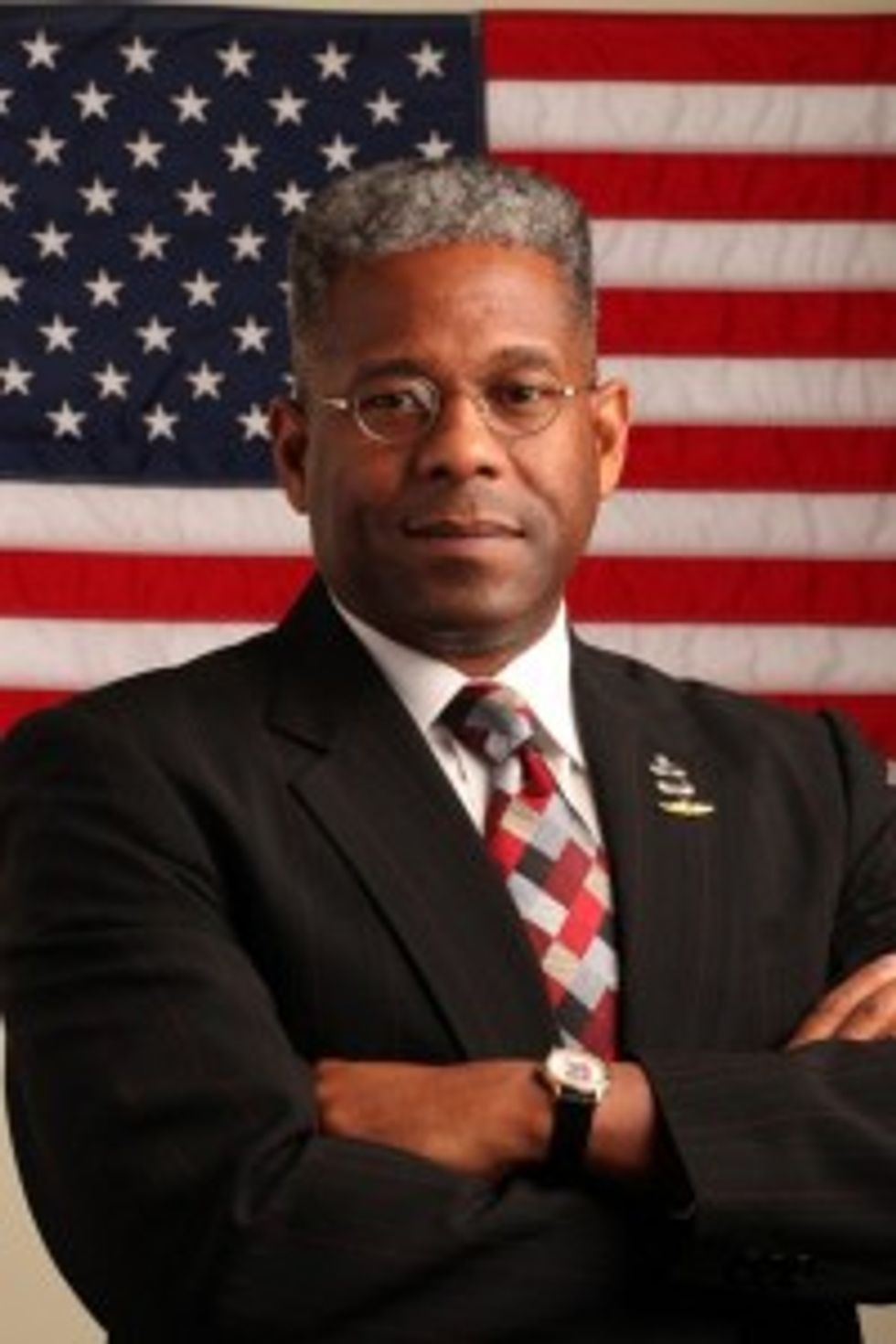 GOP Congressional candidate Allen West won his primary this week against ... well, who cares what the guy's name was, he wasn't evenhuman. "My primary opponent is nothing more than a minor speed bump, which we will defeat, en route towards our goal of firing Pelosi-puppet, Ron Klein, on November 2," the retired army lieutenant colonel posted on his blog before the voting began. This sort of "dehumanize the enemy" thinking must have made it easier for West to threaten that Iraqi guy with Death that one time!

Being crazy isn't hurting West much, says Slate wingnut-beat writer Dave Weigel -- people are responding positively to his "cartoonishly violent language" and his campaigns against everything. And Sarah Palin endorses him, HUZZAH.

West finally got to "meet" Palin this week, when they appeared together with Arizona Congressional candidate Jesse Kelly on the Fox Business show American Nightly Scoreboard (an apparent favorite program among people in the processing technology industry). They had never even spoken before! At least Palin doesn't make you jump through too many hoops to get her seal of approval.

Palin invoked God to bless West and Kelly and thank them for putting themselves "on the line again for the rest of us," because life = WAR:

I feel like I'm not even worthy of tying their combat boots, but just being so respectful of them. That is what we need, men of honor who understand what it means to be an American and the exceptionalism that is our country, who want to protect that and want to allow our children and grandchildren the opportunity for the freedom that we had.

Hearing those random words must have made West feel warm inside. In general, he's a very warm person, when he's not comparing his opponent to roadway features or criticizing the "Gestapo-type intimidation tactics" of some Democrat videotaping him talking wingnutty. He even hired some little kids to say the Pledge of Allegiance for his new campaign ad, because he's into Warm and Fuzzy:

Aw, he seems so nice! Just hanging on the beach, being one with the sand and ocean water, talking about the Constitution and us all being successful. "Us" includes everyone except people who own Coexist stickers and incumbent Democratic Representative Ron Klein.

Speaking of Klein, West has just about had it with that guy! All he wants to talk about this week is some imaginary IRS lien against some house that West owned in Indiana. West has the papers to prove Klein's charge is an OUTRAGEOUS LIE -- they're right over ... well, West is still gathering them up or something, reports the Broward Palm Beach New Times.