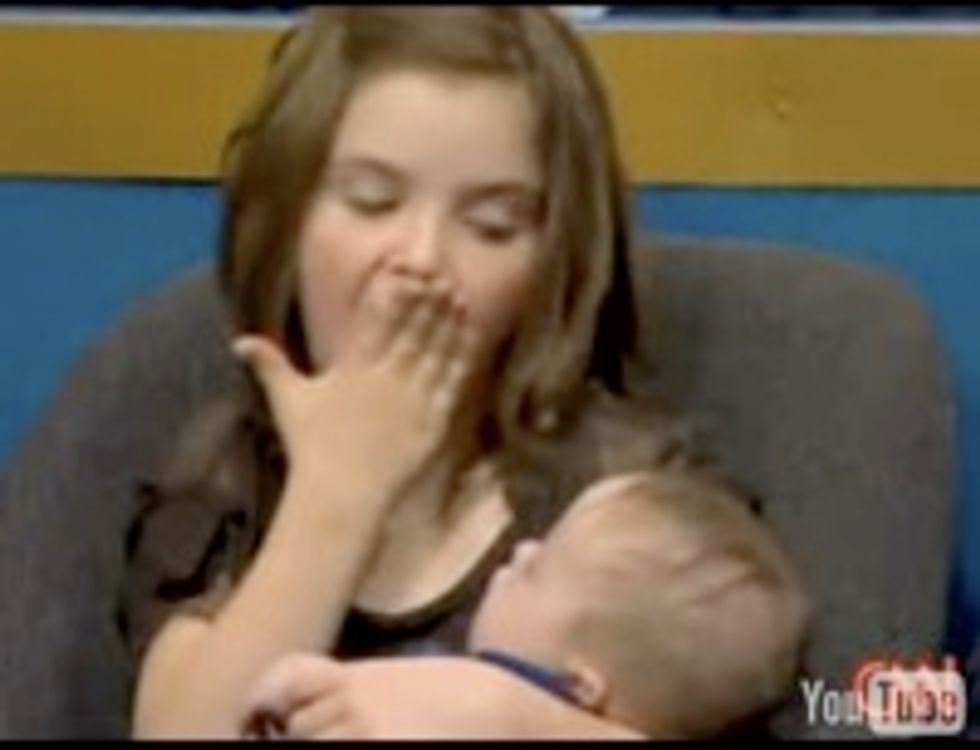 Everybody is very ANGRY with Sarah Palin for spending tens of thousands of hard-working Alaskans' tax dollars flying her daughters to various conferences and putting them up at the Ritz and then saying they were there on "official duty" to cut ribbons and stuff. And yes, this is pretty fucking lame, particularly given that there are plenty of governors in America who do not drag their kids along to every association dinner they're invited to and instead take advantage of a wonderful American invention called "the babysitter," or even an old throwback called "a spouse." But that's not thereal outrage!

The real outrage is AREN'T THESE KIDS SUPPOSED TO BE IN SCHOOL OR SOMETHING, instead of farting around swank hotels all the time? While Alaskans may not be known for their book-learnin', one does assume the state has some sort of compulsory school attendance requirement for these youngsters. Only Bristol is being "home schooled," according to the unimpeachable sources at the WikiAnswers message board. So what in the hell, why is Sarah Palin letting her 8-year-old kid sample the cheese buffet at the Annual Conference of Dongleheads in St. Louis instead of learning to read or whatever?