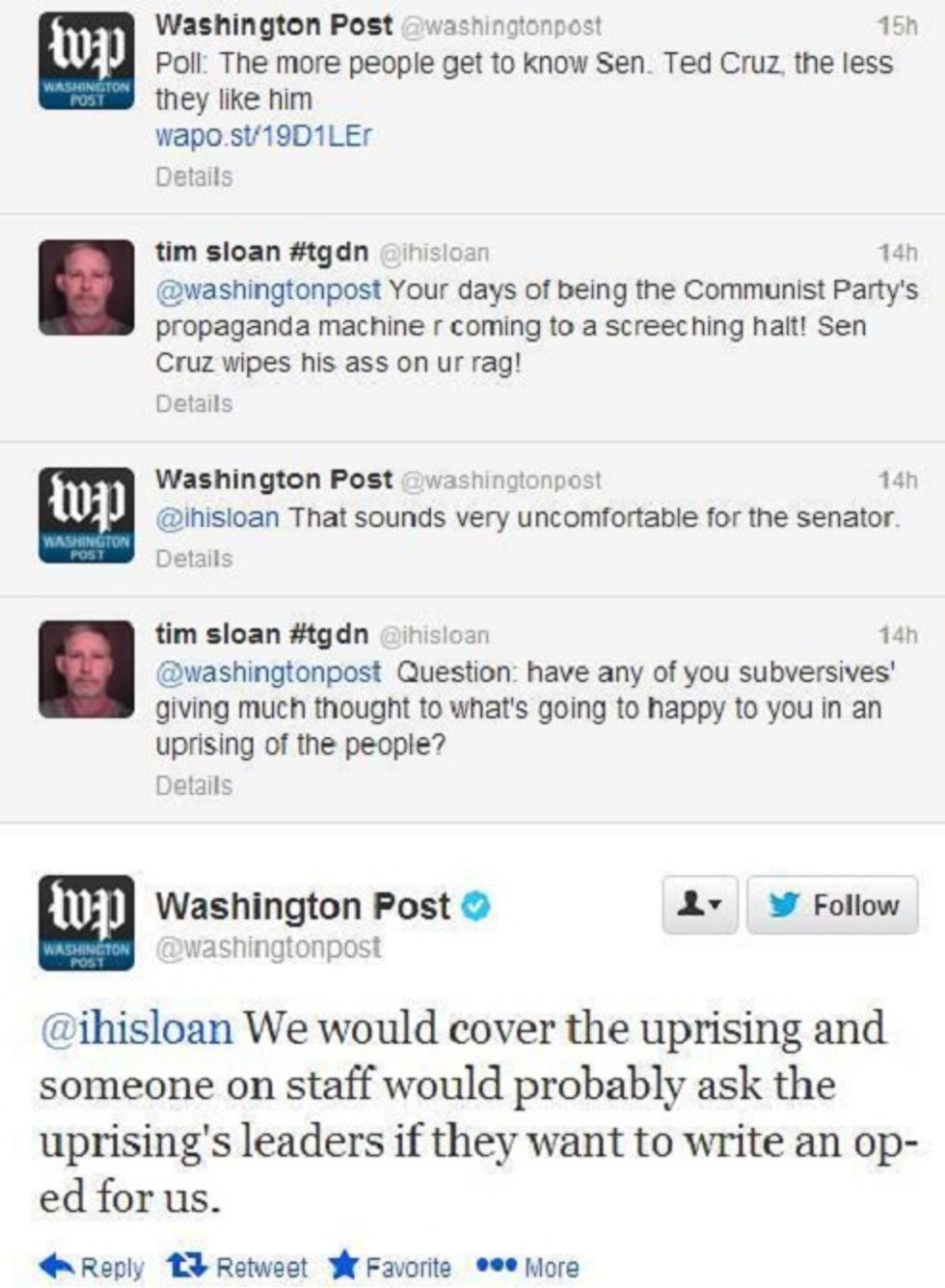 From the twittoverse, this lovelyscreenshot of a conversation between the Washington Post's Twitter person and a rather disgruntled fan of Ted Cruz. Hats off to whoever* is answering the trolls!

The angry teabagger, "tim sloan #tgdn," is, of course, a birther, following up with tweets asking WaPo to look into "the Alabama Supreme Courts case on Obamas fraudulent documents hearing" and, after getting no reply, announcing

@washingtonpost your silence is defending! [sic] Ted Cruz has courage. It takes courage to stand up to Tyranny. How about that Headline tomorrow?

But he's not just angry at the liberals at the Washington Post. He's something of a one-man media watchdog group, questioning the polling methodology of the Wall Street Journal and NBC. He knows what they're really up to:

Rupert Murdoch's WSJ isn't his only target: he also takes FoxNews to task for failing to cover the "thousand of truckers protesting Obama Admin" today. Maybe he missed it.

* Their Twitter profile says "Most tweets by@TJOrtenzi" but we don't know whether the epic tweets at top were his.