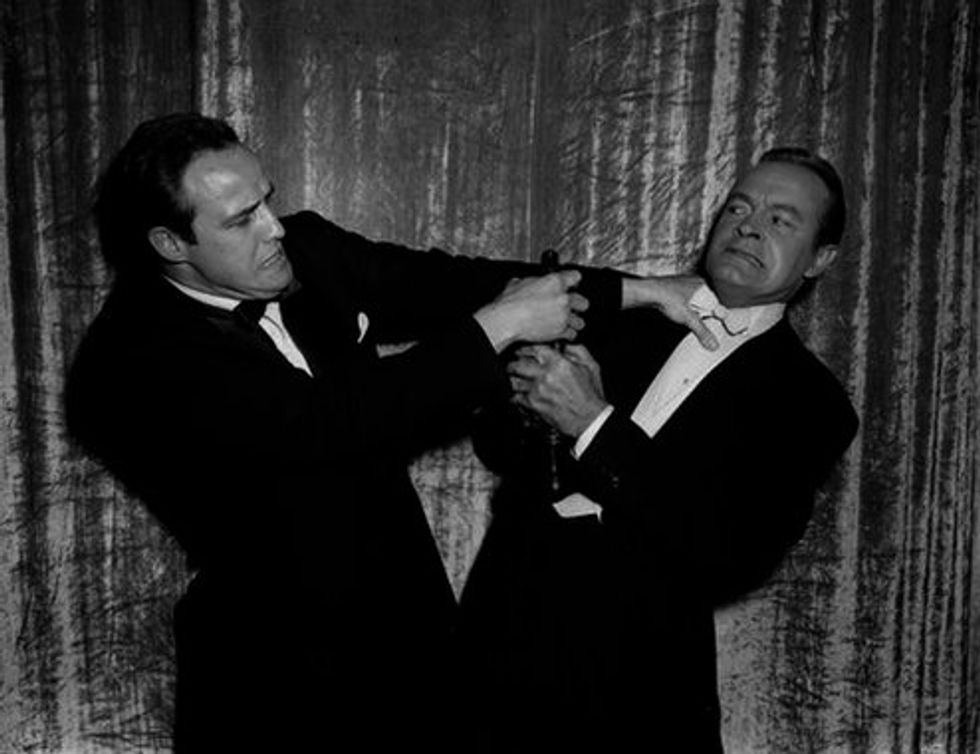 When Oscar nominations were announced earlier this month, the Best Original Song category had people a-flutter because an obscure song, "Alone Yet Not Alone," from an obscure Christian film of the same name, got a nod over big songs from movies like Frozen. The nomination has now been rescinded, probably because the Academy hates Christians, or maybe because the film's composer went full-on cheatsville and improperly lobbied the Academy to vote for his song.

Some backstory first. When this nomination got announced, there was an absolute slew of prissy self-righteous articles in Christian papers that came in various flavors of "this was Jesus' hand" and "we never thought a Christian movie could ever make it in heathen America." Two dumb tastes that taste worse together. Here for your convenience is a representative example.