Satanic Temple Getting The Devil All Over Florida Now 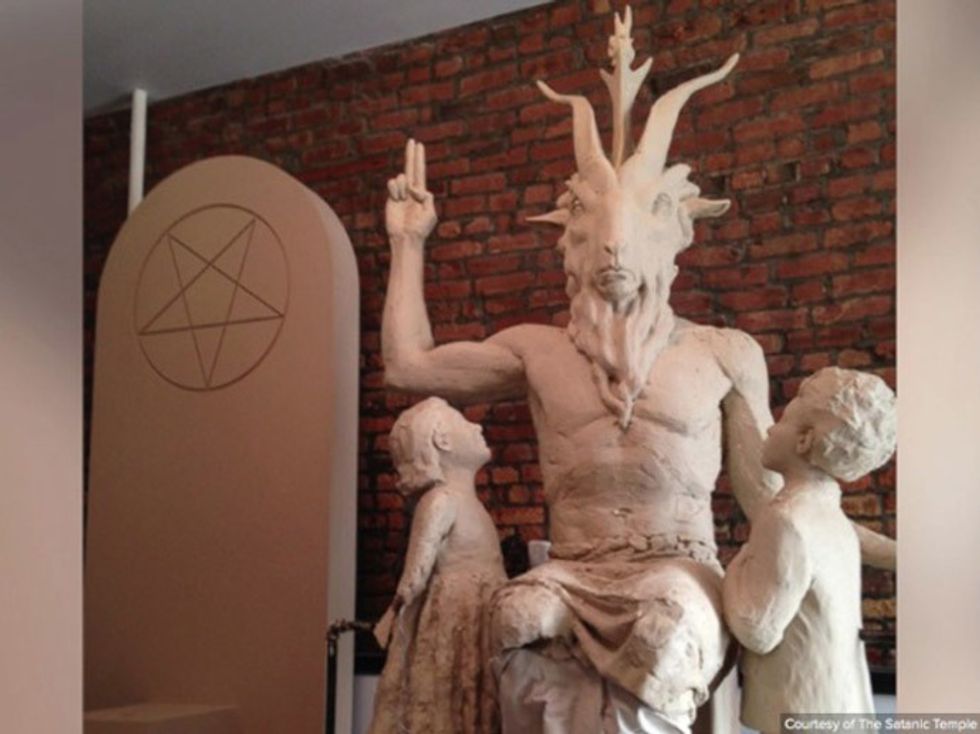 In a victory for something, we guess, our favorite Separation Of Church And State trolls at the completely serious "Satanic Temple" have succeeded in winning a place for their "Fallen Angel" diorama in the Florida State Capitol. You may recall that last year, their effort to have the poor wingless thing added to the Capitol's holiday display was rebuffed as "grossly offensive," although the committee in charge of the seasonal idiocy did allow a Festivus pole made of beer cans and a statue of the Flying Spaghetti Monster made of whatever you make that out of.

For 2014, though, the Satanic Temple prevailed, and the slightly ugly -- though really, that's the point -- diorama of an angel being ejected from cotton-gauze clouds into the cardboard flames of Heck will join the FSM and the Festivus pole, which are back this year, along with a traditional nativity display and a banner sponsored by the Freedom From Religion Foundation wishing visitors a “Happy Winter Solstice.”

Satanic Temple spokesman/lead troll Lucien Greaves attributed the different decision this year to the presence of Satan's Little Helpers, explaining in an email that “the difference seems to be in the fact that this time around we arrived with lawyers, ” adding, "We hope that, this holiday season, everybody can put their religious differences aside and respect that the celebratory spirit of responsible hedonism is available to all."

And while Todd Starnes hasn't yet freaked out about it, Sirius XM radio patriot dude David Webb is very upset, calling the display's very existence "pretty offensive," and adding that "to showcase it on Christmas Day is down right insulting to all Christians living in Florida, and those around the world." So, you know, mission accomplished, man.