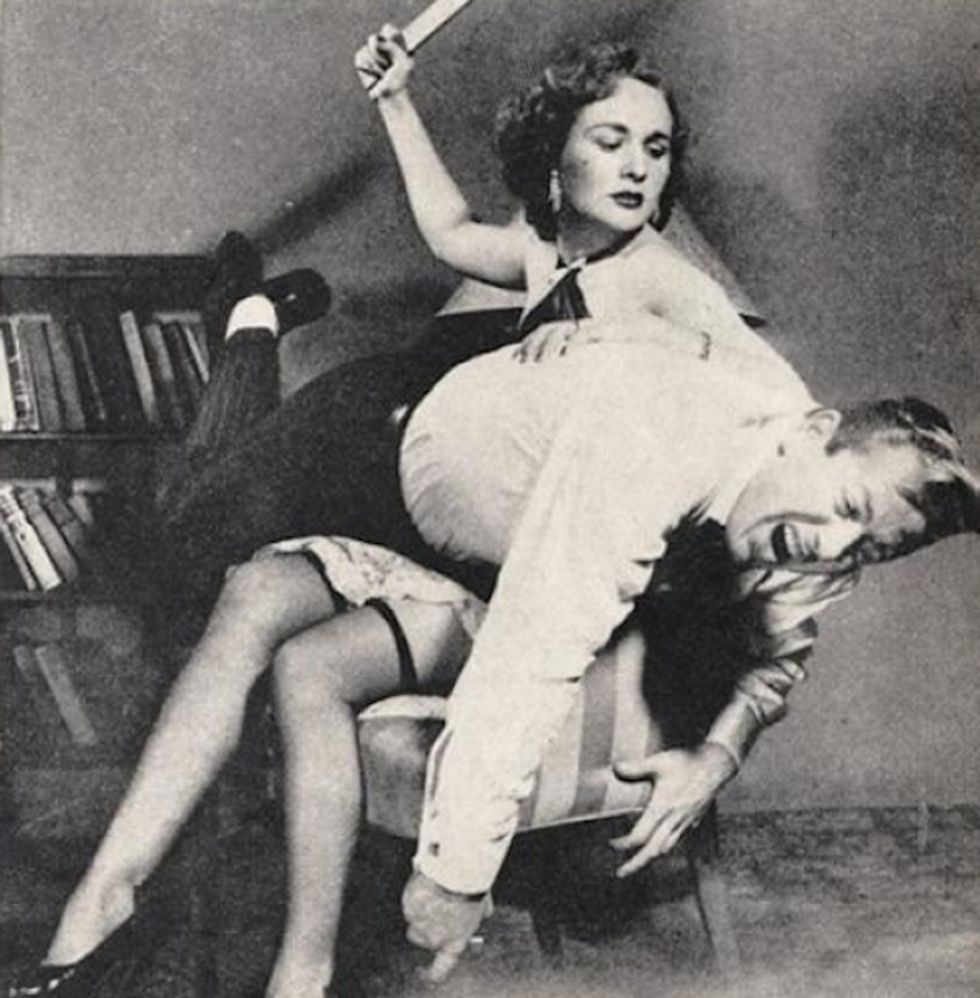 Now that they've ruined the school Bible giveaways and the Baby Jesus Dioramas and the Ten Commandments monuments, those liberty-loving trolls at the Satanic Temple have found another sacred American practice to interfere with: They're going after corporal punishment in the nation's schools, in response to a Texas school board that retroactively changed its rules to allow a male assistant principal to spank a 15-year-old girl.

So now, the Satanic Temple has unveiled a cool new billboard in Springtown, Texas, where the freaky local penchant for spanking made headlines:

At the related website, the Protect Children Project, TST explains students and parents can register to have their schools notified of the student's religious objection to being spanked, and that any corporal punishment would "violate their civil rights."

Donations to the site will go to place billboards in other communities that advocate spanking as discipline, and to cover the costs of legal work to protect registered kids.

Since respect for religion is very, very important to the folks who believe the Bible tells them they must hit children, the Satanic Temple emphasizes one of its own key religious principles, which the group has also cited in advocating for a religious right to abortion:

We hold among our tenets that "The body is inviolable, subject to one’s own will alone." As such, we have launched a campaign to offer an exemption against corporal punishment and solitary confinement to any student who shares this deeply held belief.

Hopefully, our billboard will serve as a daily reminder to the citizens there that they live in a barbaric backwater town where dysfunctional and possibly sexually disturbed middle-aged men may depravedly titillate themselves by violently spanking teenaged girls. The billboard should be disturbing to Springtown, as it is there because Springtown has proven to be a disgrace.

Say what you will about spanking when parents do it (we're personally against it, but reasonable people can disagree), our own experience with corporal punishment in school was that it was used arbitrarily and didn't accomplish much of anything. The main thing we learned from getting whacks with a wooden paddle (summary punishment for everyone in a gym class after a couple of kids misbehaved) was that 1) the vice principal enjoyed exercising power a hell of a lot and B) those in power can do what they want, because they are in power, and you DO NOT question that.

Crom bless the Satanic Temple. And now get to your Open Thread!

Yr Wonkette believes that adult, consensual spanking is none of our darn business, and probably way better than ads. Which in our case we have not got. Won't you kindly drop a few Ameros in the tip jar?