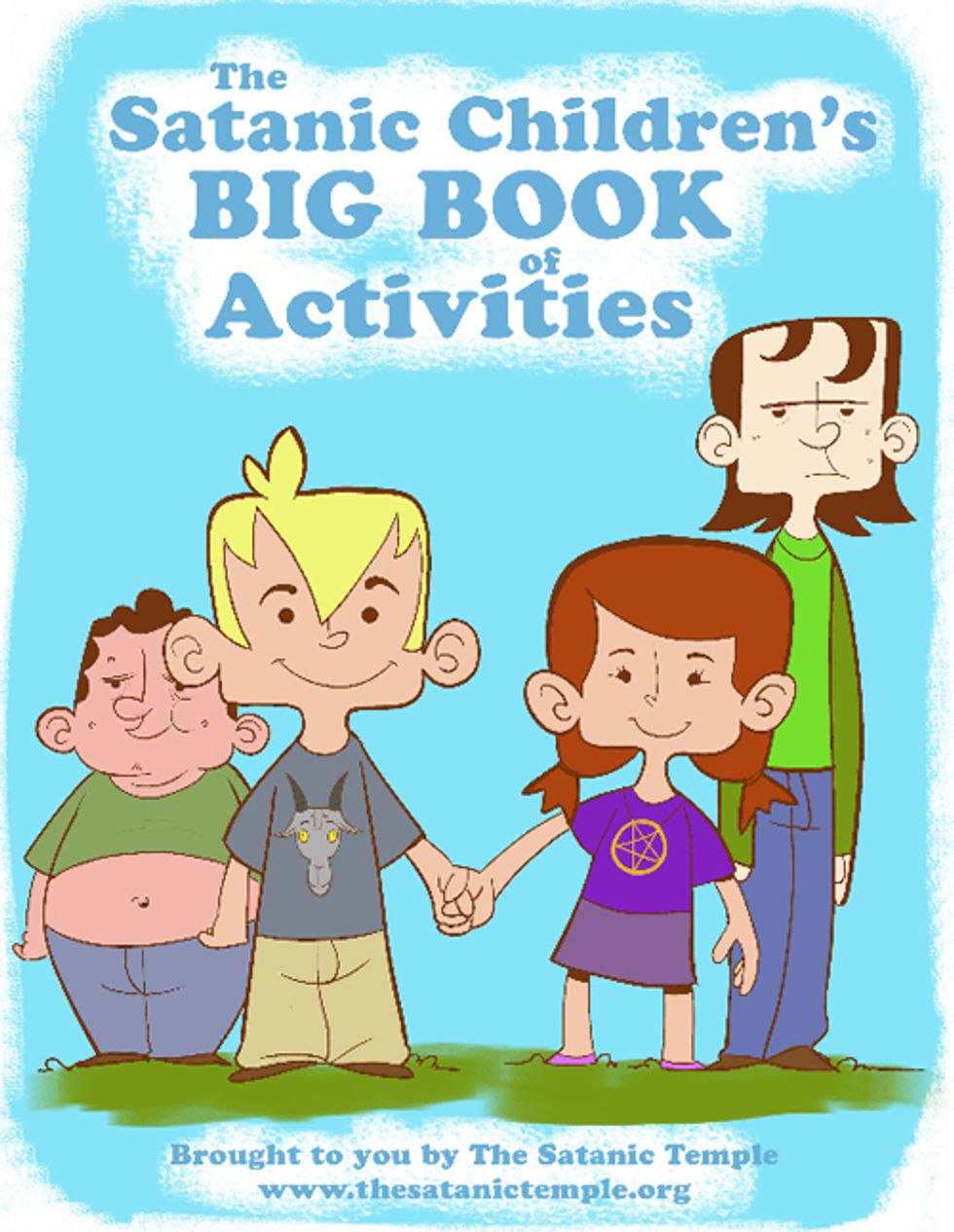 Rack up another First Amendment win for the Establishment Clause trolls at the Satanic Temple. The specter of children having access to a satanic-themed coloring book was simply too much for the Orange County School District in Florida, so it cancelled -- or "indefinitely delayed" -- a planned "Religious Freedom Day" distribution of Bibles and other religious literature, rather than allow the Satanic Temple to distribute its evil activity book.

In Florida, the Orange County School District has celebrated "Religious Freedom Day" for several years by allowing a Christian group, World Changers of Florida, to distribute Bibles to students. So in 2013, an atheist group asked to be included, and in the face of a possible legal challenge, the school district allowed them to distribute a number of atheist books, although the district nixed several of the books and pamphlets. The Freedom From Religion Foundation sued, and the school district relented, allowing the group to distribute books freely. And so, reasonably enough, last fall our pals at the Satanic Temple announced their intention to get in on the fun. After all, if Christians get to use school time to distribute their books, it's only fair to demand equal time.

“We would never seek to establish a precedent of disseminating our religious materials in public schools because we believe our constitutional values are better served by respecting a strong separation of Church and State. However, if a public school board is going to allow religious pamphlets and full Bibles to be distributed to students -- as is the case in Orange County, Florida -- we think the responsible thing to do is to ensure that these students are given access to a variety of differing religious opinions, as opposed to standing idly by while one religious voice dominates the discourse and delivers propaganda to youth.”

And as it turns out, that was just a bit too much pluralism for the school district, which decided to delay the event, or, as rightwing website CNS News put it, to "ban bibles" under pressure from mean old atheists and Satanists. A spokeswoman for Orange County public Schools, Kathy Marsh, told CNS News, “Nothing’s going to be going on in this district this month." She explained that the district is considering its options so that it can make clear what materials are acceptable or not:

“The intent would be to create a policy that would prevent potential distributors of information from-- or assist, I should say, assist potential distributors of information so they fully understand what is and isn’t allowed, and they don’t run into an area that is gray. So we can make it extremely clear to them that which is welcome in Orange County Public Schools, and that which is not,” Marsh explained.

We're guessing that means trying to find some rationale that will allow distribution of Bibles but not anything that might upset the family values crowd. Because as we all know, if children aren't handed a Bible in school, there's practically no other way for them to get one. Florida Family Policy Council President John Stemberger had a great big sad about the news, explaining,

This is precisely what the Freedom From Religion people want. They want to get rid of religion, and that’s their strategy. And everybody’s played into the strategy. It’s unfortunate.

Or maybe -- and this is a really tough concept to grasp, we understand -- they simply think that religion is a fine thing to happen in a church, rather than in a public school.

Children feeling deprived of the chance to receive a copy of the Satanic Children's Big Book of Activities can find it online, even if the schools aren't handing it out.