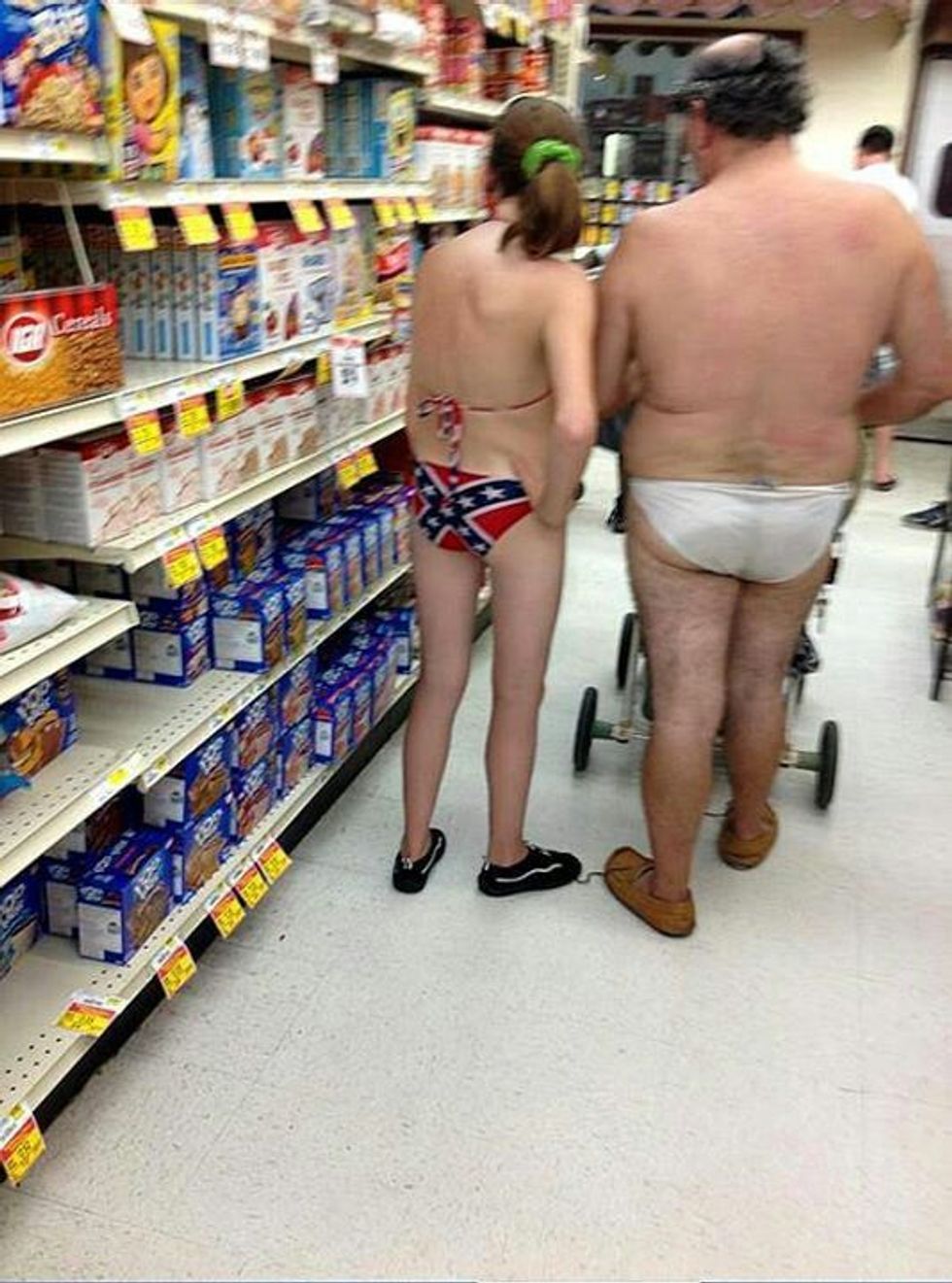 Sure, it's got nothing to do with Ann Coulter. But we love this pic.

Pathetic rightwing outragebot Ann Coulter, like former Fox News stablemate Glenn Beck, no longer has the pull she used to in the world of wingnut media, but she still manages to lob the occasional grenade of Pure Stupid into the public discourse, like this column she wrote claiming that Khizr Khan is a terrible man for using his son's heroic death to say Muslims are patriotic Americans just like normal people. No way, said Coulter: "If the U.S. Constitution required us to admit more than 100,000 Muslims a year -- as we do -- we'd already be living in Pakistan," she says, sort of missing her own point. In a nation of 322 million people, admitting "more than" a hundred thousand Muslims a year isn't ever going to make us Pakistan, Ms. BadAtMath.

But while she was at it, Coulter had a very important point to make about honoring America's real heroes, who are totally NOT MUSLIMS:

What has South Carolina Gov. Nikki Haley "sacrificed" compared to the families of these men? How about Nikki put their flag back up?

The Confederate flag won't lead to thousands of dead and maimed Americans, as Muslim immigration does.

Leaving aside the raging paranoia about Muslims, we feel compelled to explain to Ann Coulter that the Confederate battle flag is not the flag of Southerners who serve in the American military. The American flag is. She may have heard of it -- there are several songs about it and everything. The Confederate battle flag is the banner of one military branch of a traitorous nation that existed for fewer than five years before being destroyed by the USA. We thought Coulter understood how defeated nations should be treated -- after all, she's the one who called for the USA to "invade [Muslim] countries, kill their leaders and convert them to Christianity." Surely it's not too much to insist that former Confederate states recognize they only belong to one nation? You know, the indivisible one?

Since Coulter brought it up, a reporter at a news conference Monday felt compelled to ask Gov. Haley whether she was going to comply with Coulter's demand and return the Slavery Flag to its old place at the South Carolina statehouse. Coulter's proposal came up just after Haley explained that while she disagreed with Donald Trump's comments about the Khan family, she would still support him for president because Party Unity:

When asked for her thoughts about Coulter’s slams, Haley offered the same retort she once gave Trump: “Bless her heart.”

It's not quite enough to outweigh Haley's continued support for Trump, but it's a pretty good dismissal. (If you don't speak Southern, "bless your heart" means "fuck you.") Haley also said she's so busy governoring that she can't possibly be expected to agree or disagree with every dumb thing Trump says, so we imagine she won't have any reaction to Trump's suggestion that Hillary Clinton be shot to death with votes, either. No matter what Trump says, she supports the nominee.